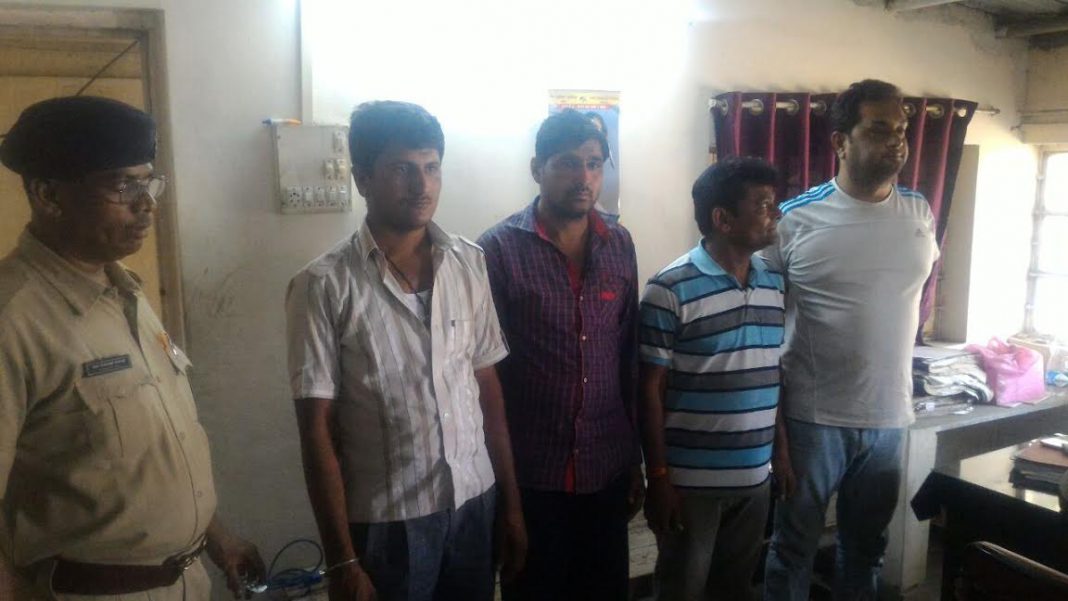 Vadodara city police busted a racket of theft of solutions from the tankers towards Dahej from Kandla at Ranoli at M.K. Patel estate. The police arrested four accused along with 33.66lakhs of products from them. As per the police sources the chemical was taken to Dahej from kandla and the accused along with the help of truck drivers running the racket inside the M.K. Patel estate. The accused with the help of the truck drivers took the truck inside the estate compound and then broke the chemical valve of the tanker and fill the drums and sell it open in the market. Police arrested Bharat Chavda, Manish Patel from Vadodara and Tejaram Chaudhary and Pannaram Chaudhary from Rajasthan from the spot. The police team also seized 800 litres of chemical filled in drums, empty drums, three mobiles and two tankers from there.

Jawaharnagar Police registered the case against the tanker drivers and the gang of chemical thieves and further investigating.