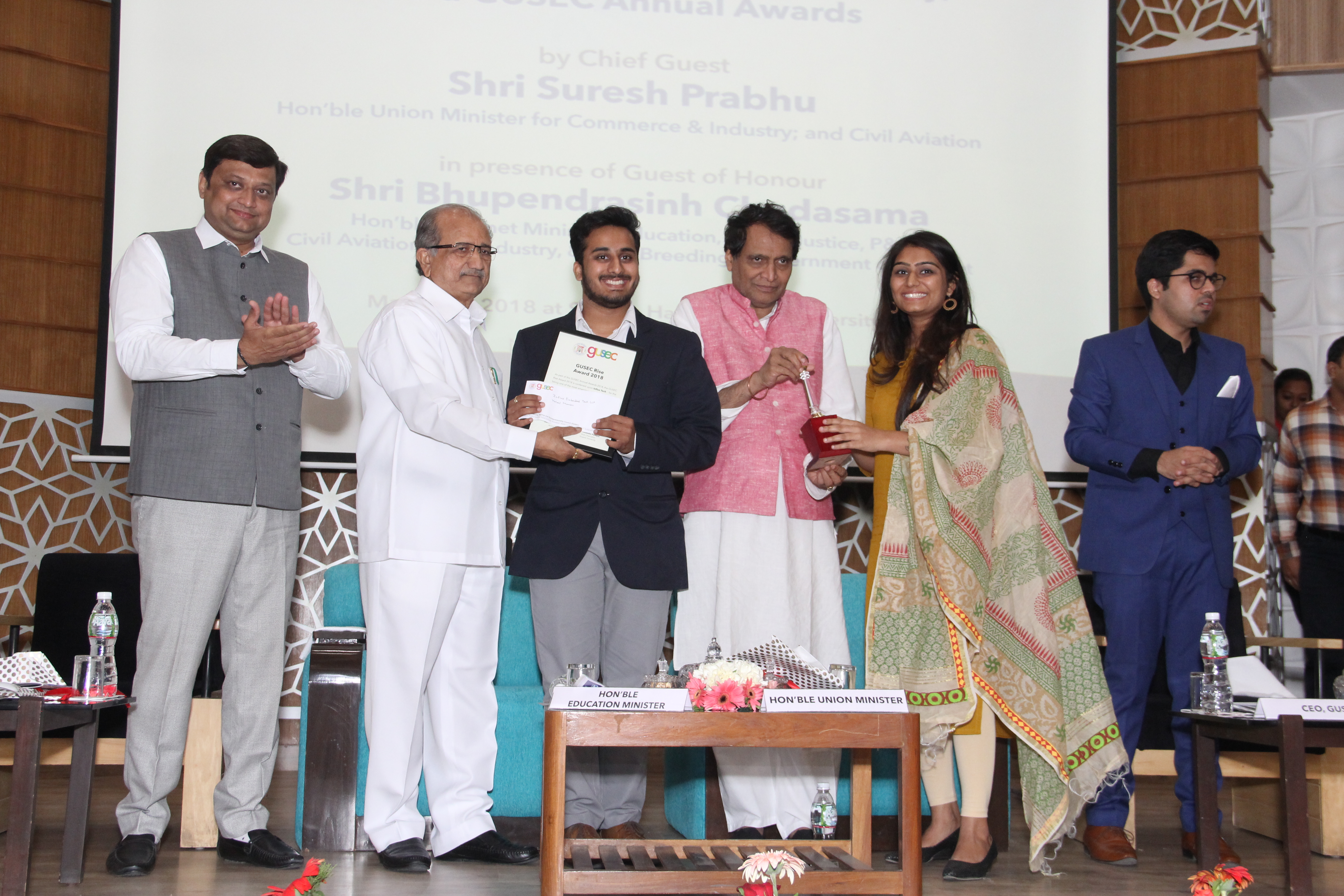 Three engineering students from V.T. Patel Department of Electronics and Communication Engineering, CSPIT at CHARUSAT brought laurels to the university. Vatsal Maniar, Amit Patel and Kruti Panchasara won “GUSEC Startup Rise Award 2017- 2018” at Gujarat University of start up and entrepreneurship council which is an autonomous nodal institute of Gujarat government. 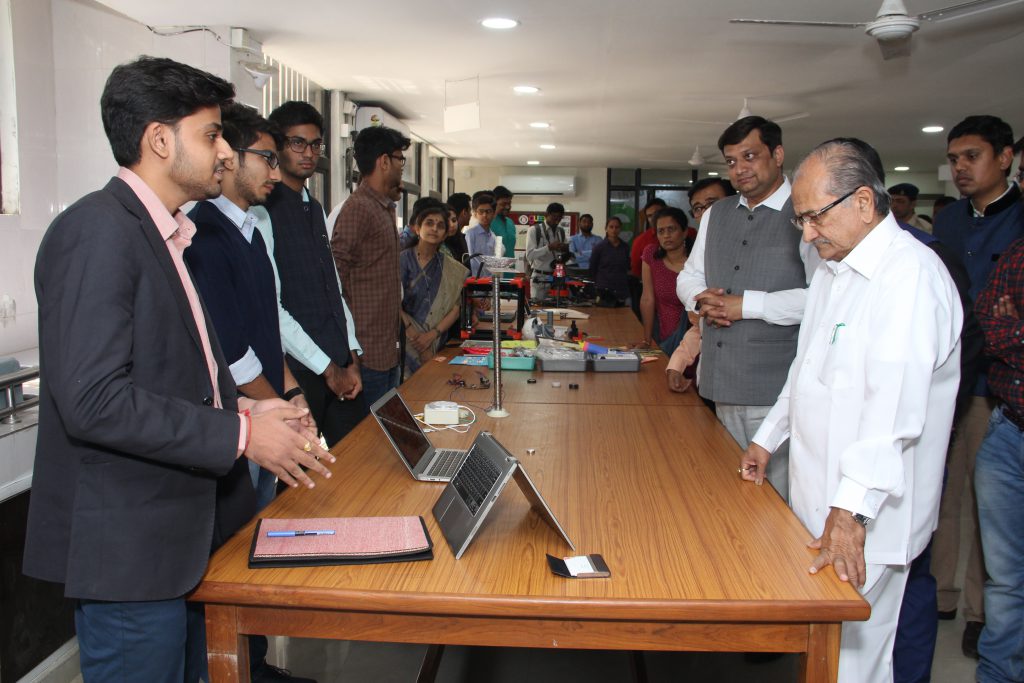 Out of total 65 start-ups their start-up “Infius Tech” was awarded as the "MOST EMERGING" start-ups of Gujarat on the basis of annual evaluation of the start-ups. They were awarded by Suresh Prabhu (Minister of Industries and Commerce, Minister of Civil Aviation - Govt. of India), Bhupendrasinh Chudasma (Education Minister - Govt. of Gujarat) & Dr. Himanshu Pandya (Vice Chancellor Gujarat University). 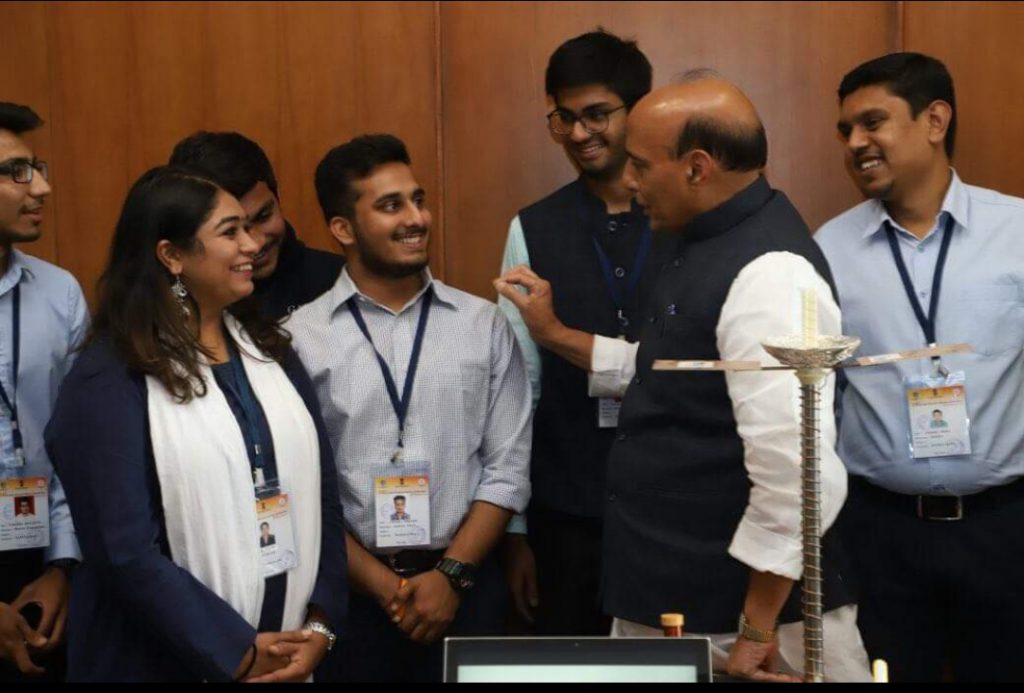 They also had chance to interact with Shri Rajnath Singh, Home Minister, Govt. of India during his visit at GUSEC. The award was given on Sunday March 11, 2018. 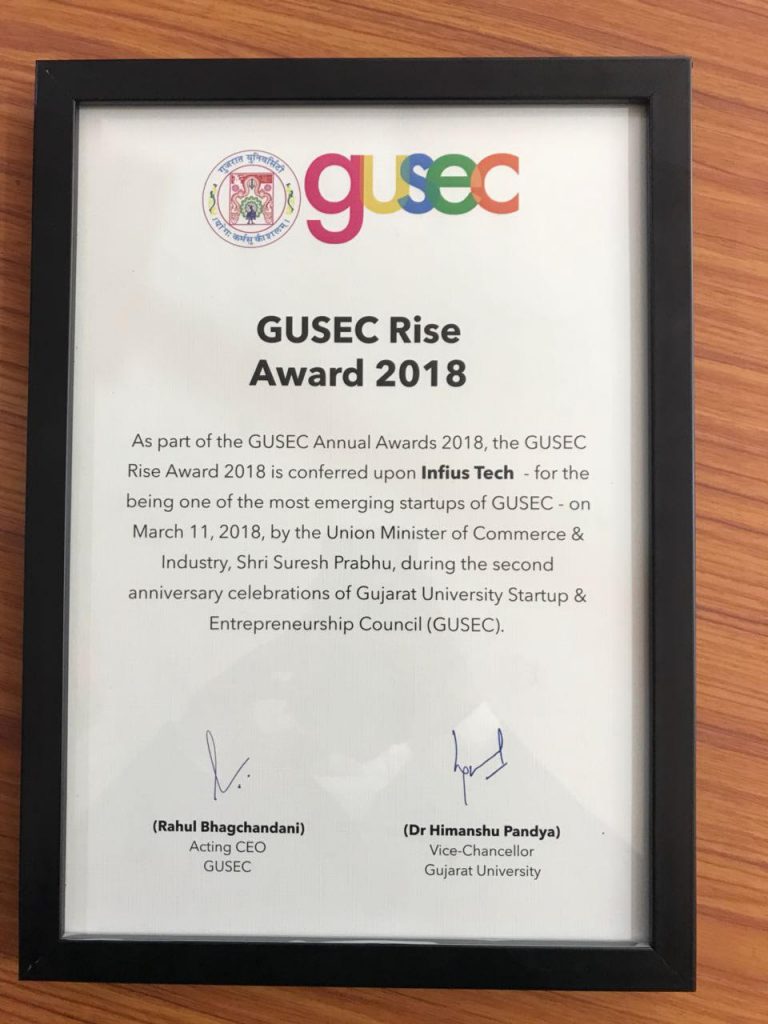 They were awarded with Cash Prize, Trophy and Medal.