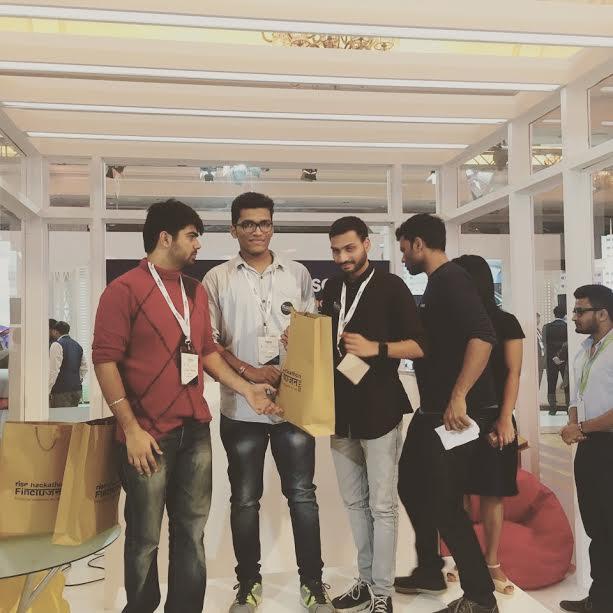 Chandubhai S Patel Institute of Engineering and Technology, a constituent of CHARUSAT has achieved laurels at national level event “Finclusion”.

Pratik Lalani, a student of 4th Year Information Technology has secured 3rd prize at “Finclusion” an event of Hackathon supported by Rise &Barclay. The event was organized by Department of Science and Technology (Government of India), CII and British High Commission, New Delhi. He had been invited to participate in this Tech Summit by British-High Commission, New Delhi.

Narendra Modi, Prime Minister of India has proposed several steps to promote financial inclusion which provides basic bank accounts for those who currently do not have. There are many government schemes to support this initiative and one of the topmost scheme is “Pradhan Mantri Jan DhanYojana” (Prime Minister’s People Money Scheme). This is India’s National Mission for Financial Inclusion to ensure access to financial services, namely Banking Savings & Deposit Accounts, Remittance, Credit, Insurance, and Pension in an affordable manner. To support the mission of honorable PM, two challenges had been organized namely, Challenge I: Invade the Ignorance and Challenge II: Interoperability of Business Correspondents.

Pratik Lalani had been invited specially to participate in the Challenge II and secured 3rd position among participants from IITs, NITs, reputed institutes of abroad, corporate employees etc. He was the only participant across the GUJARAT and also invited especially based on the event he had won at DA-IICT Gandhinagar.

CHARUSAT family including, Surendra Patel, President, Dr. B. G. Patel, Provost, Dr. M. C. Patel, Secretary of Kelavani Mandal and Devang Joshi, Registrar, CHARUSAT, Dr. A. D. Patel, Principal, CSPIT and Dr. Amit Ganatra, Dean of Faculty of Technology and Engineering congratulated him for this achievement and wishing him for the best future.