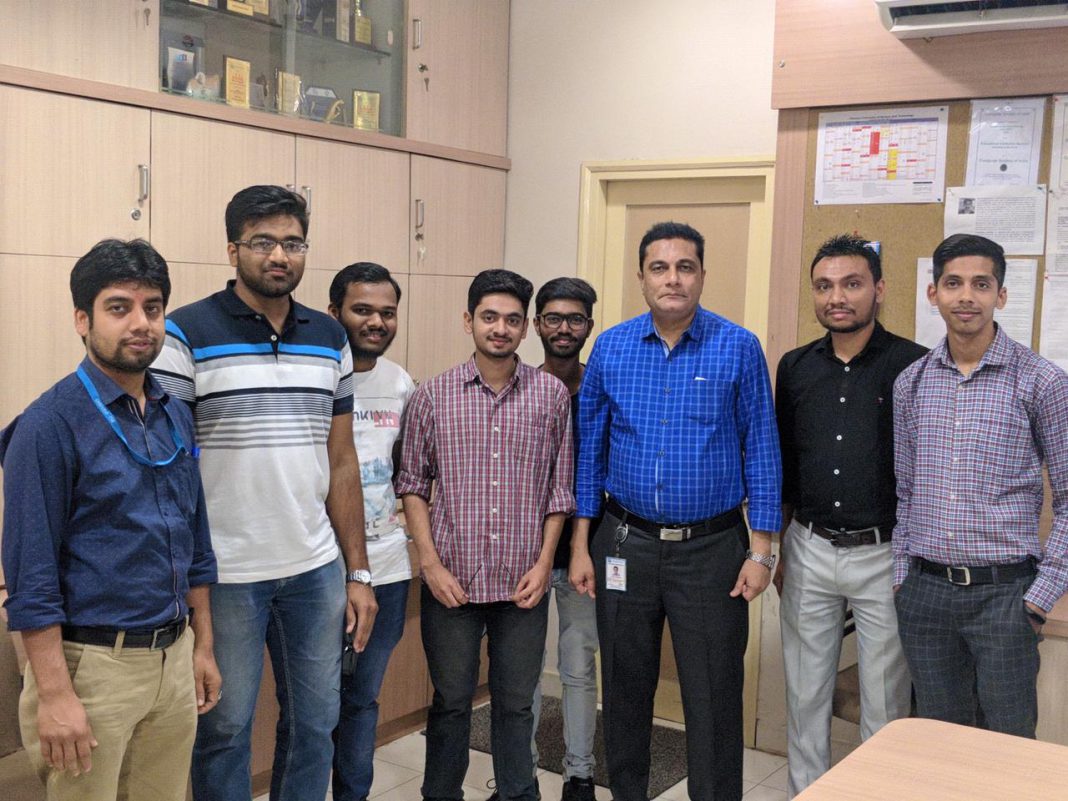 Charusat student brings laurels to the university after bags top honour in 36 hours Hackathon. They get the top rank in the AR/VR category.

The real test of education & learning lies in student’s ability to apply it in the need of the hour.Education beyond books and learning that ignites the flame of knowledge has always been CHARUSAT’s core philosophy and when CHARUSAT students became the symbol of this philosophy, it is the proudest moment for entire University.

CHARUSAT was represented by CSPIT students Ritwik Chauhan, Neel Patel, Harsh Bansal and Ravi Patel guided by Professor Amit Ganatra, Asst. Professors Divyesh Patel, Nilesh Dubey and Sagar Patel.  It was a moment of reckoning for CHARUSAT as it bagged the first rank in AR/VR category.

Team leader Ritwik thanked and hailed his alma mater Chandubhai S Patel Institute of Technology for encouraging and motivating students to experiment and explore emerging technologies with all the required state of the art infrastructure and support.

CHARUSAT is equipped with advanced lab for AR/VR having latest technology computers specially used of AR/VR.  Ritwik credited his college, CHARUSAT and entire teaching and administrative staff for providing such an inspiring environment at the college.