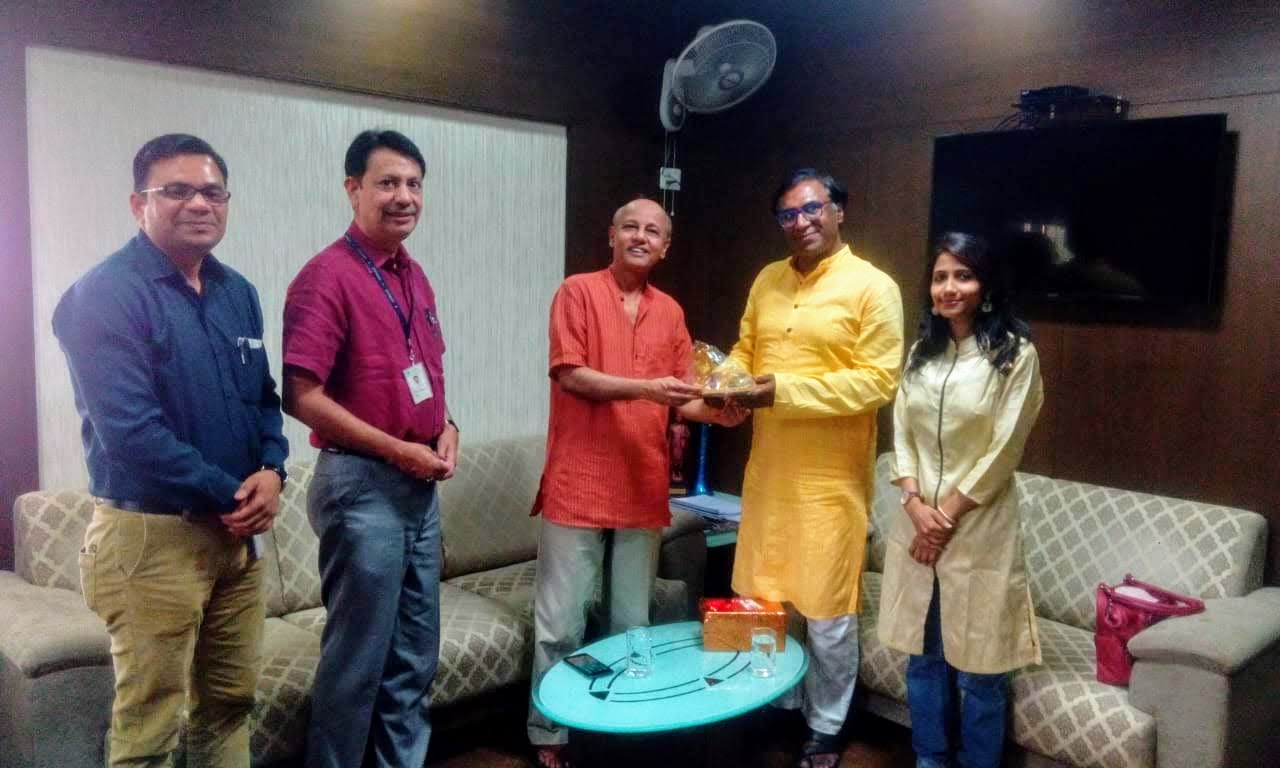 Charusat University has initiated a unique year-long research applying the cutting-edge approach of Musopathy on various physiological and neurological parameters of human beings in broad terms from the middle of 2019. The subsequent stages of the Musopathy research will involve micro-organisms and cellular level studies.

The concept of Musopathy was first proposed by Chitravina Ravikiran (www.ravikiranmusic.com), acclaimed by the world media the Mozart of Indian music in 1995. A paper on the concept was presented in a medical conference in Atlanta a few years later.

CHARUSAT has created a special research team comprising Dr. Anil Sharma, Principal of Nursing Institute, Mr. Deepak, Dr. Akash Prajapati (Pathologist) and other members. Nupur Joshi a musician familiar with both North and South Indian systems is one of the external experts in this pioneering project.

The research will commence with a pilot phase that documents the impact of music using three basic parameters of Musopathy – (i) combination of frequencies, (ii) decibel levels and (iii) tempo of the music.

Dr Pankaj Joshi, the Provost of Charusat said: “This research will be conducted with the rigour that is comparable to any similar study of medicines in the pharmaceutical industry. Given the dedicated research team of this progressive University and the vision of Ravikiran, we can expect outcomes that benefit humanity as a whole. We have already planned to take this project even further at the micro level as the potential of Musopathy is immense.”

Musopathy as the term suggests is an approach to addressing health issues like allopathy and homeopathy but through musical sounds in a scientific manner that is distinctive from just Music Therapy. The main objective of Musopathy is to de-culturalise and de-regionise music and take it to its fundamental roots, based on laws of physics using standard, measurable and repeatable factors like combination of frequencies and decibel levels.

In a recent visit to Charusat for discussions on the project, Ravikiran explained “My study over several years led to the concept of Musopathy, which is a far more quantifiable approach that combines music and medicine in absolute terms. Musopathy uses precise parameters that can be studies accurately in any part of the world. With quality research, it has a great potential to offer viable alternatives with far lesser side effects for several ailments where chemical cures dominate today. I am so glad to collaborate with Charusat in this important project.”

Charusat University is an ‘A’ grade University with many ‘firsts’ to its credit. This research will be one more pioneering step for the benefit of society.