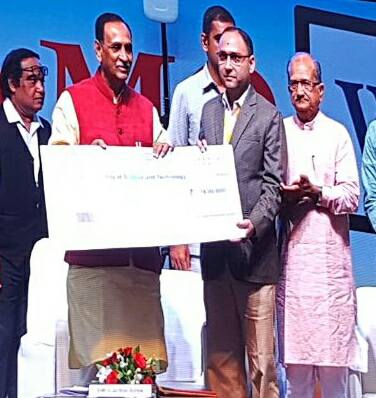 Gujarat government launched India’s first student startup and innovation policy with an aim to provide Rs 200 crore in the form of grants to ideas developed by students. The policy aims to support over 1,000 innovation per year in the state and create pre-incubation support in all universities of the state.

CHARUSAT is NAAC 'A' accredited university, During the grant disbursement ceremony and inauguration of 'Smart Gujarat for new India hackathon - 2017', 12 universities and as many academic institutes were announced as beneficiaries of the policy.

“The fund granted by the Govt. will be used for strengthening the Entrepreneurship eco system” Said Surendra Patel, President of CHARUSAT