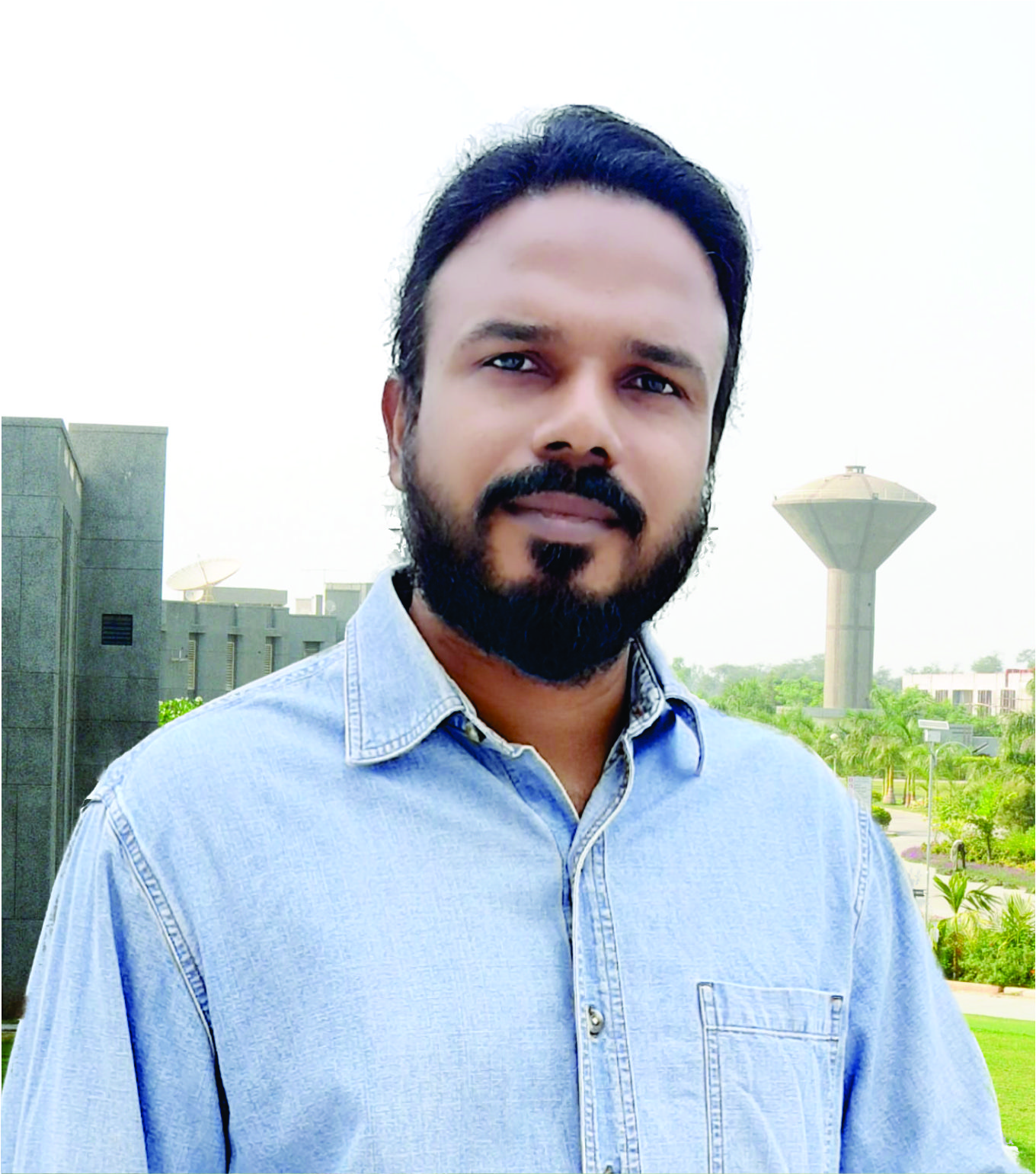 Dr. Prabhin Sukumaran, a faculty member of M. S. Patel Department of Civil Engineering, Chandubhai S. Patel Institute of Technology, a constituent institute of Changa based Charotar University of Science and Technology (CHARUSAT), has received a 6-month prestigious Fulbright-Nehru Academic and Professional Excellence Fellowship (Research). The 6-month fellowship will cover the entire expenses of his visit to the US host institute.

Dr. Sukumaran, basically a Geologist, works to reconstruct and understand the history of the earth around the last 2.6 million years, called the Quaternary Period in Geological Time, will be visiting the Stable Isotope Geochemistry Laboratory of the University of Illinois. He will do the reconstruction of the paleoclimate of Central Tapi River Basin, Maharashtra to understand human evolution through the last 2 million years.

While elaborating the proposed project details, Dr. Sukumaran said “A large number of studies from the Indian subcontinent have witnessed significant progress in archaeological and Quaternary geological understanding. However, when the results are compiled to understand some of the primary questions about human evolution and culture change in India, and when we try to connect it on a global map, there’s a marked lack of common tie between these results. That requires significant coordination and cooperation between multi-disciplinary researchers such as geologists, archaeologists and anthropologists. It will help us to answer common questions such as "When did hominins and the first Homo sapiens groups enter the Indian subcontinent?; Did they enter the subcontinent through an inland route or through a coastal route?; Did they encounter and coexist with different species of archaic humans in the subcontinent?; Was the entry of Homo sapiens into the Indian subcontinent and the extinction of many animal species during the Quaternary related events?; Finally, what were the environmental factors for the gradual technological, biological, cultural and behavioural changes that occurred throughout the Quaternary period in India?”.

He further stated that he is privileged to have the opportunity to collaborate with Dr. Parth R. Chauhan, one of the finest archaeologists from IISER- Mohali. In the last five years, they have jointly taken many initiatives in the field of Geoarcheological studies and have worked to inculcate interest in human evolution among young researchers.

"Now, through this fellowship, I will get the opportunity to work with Prof. Stanley Ambrose, an internationally reputed paleoanthropologist. And, I am confident, it will lead to good outcome and will help us to bring the status of Indian geoarchaeological results to the global map."

The Fulbright Program is the largest educational scholarship program in the world and operates between the U.S. and more than 150 countries. The program introduced by U.S. Senator J. William Fulbright in 1945 was renamed as Fulbright-Nehru fellowship in 2008 to honour India’s first Prime Minister. India has one of the largest Fulbright Programs worldwide, with around 20,000 fellowships and grants awarded to Indians and Americans to date.

The candidates applying for the Fulbright program have to undergo a rigorous process of selection. Projects that are relevant to both India and the United States, receive priority.

The Association of Quaternary Researchers, the national body of Indian Quaternary Scientists has recently appointed Dr. Sukumaran as a Secretary of the National Working Group of Human Climate Interaction, wherein he will be actively taking lead in the national level initiatives to promote, document, develop standard databases and encourage their utilization for quaternary research in India. He is also a recipient of the prestigious Visiting Scientist fellowship from the Indian National Science Academy.

While responding to questions about his motivation to undertake such a field of study for his research, Dr. Sukumaran added, “Geoarcheology is my passion since I was doing my post-graduation from Indian School of Mines (Presently IIT(ISM) - Dhanbad) and I received a good exposure to this field during my PhD years at the M S University of Baroda,and personally, I believe to be fortunate to work with CHARUSAT, as the university has always whole-heartedly supported all my challenging ventures and stood by me throughout the last decade of my service. The university has not only supported me financially through research funds and financial assistance for national and international conference participation, but also provided moral support to face the failures and setbacks too throughout the journey. I believe, such universities are the need of the hour for young researchers like me, who really want to pursue their passion and do something better for the nation.”