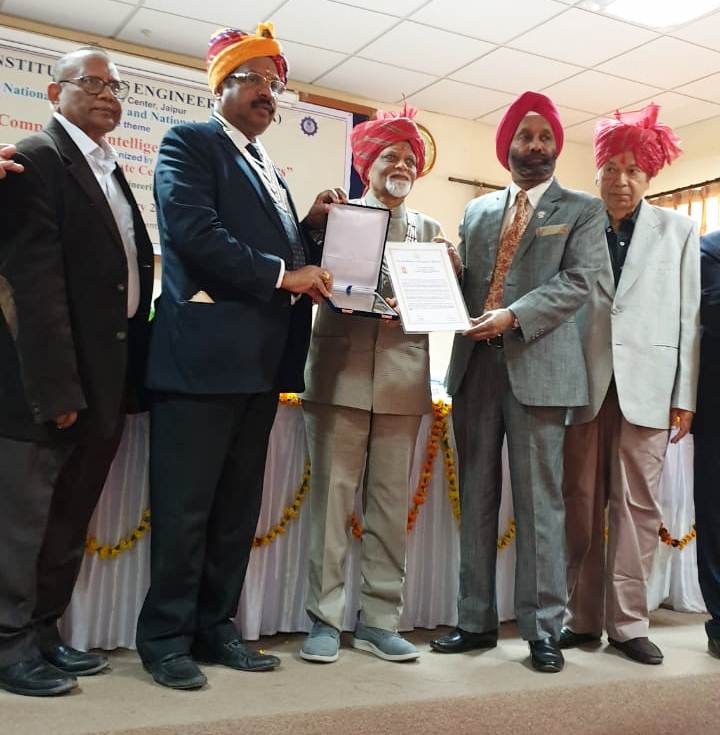 It was a proud and happy moment for the entire University as CHARUSAT advisor Ashok R Patel has added another felicitation to his illustrious personality. He has been conferred upon with ‘Eminent Engineering Personalities’ Award by Rajasthan State Center at 33rd National Convention and National Seminar on the theme of ‘Applied Computational Intelligence and Informatics’.

He is also Vice President of Kelavani Mandal, the parent body of CHARUSAT.

Ashok Patel is an engineer by profession who very early sensed the importance of IT and endeavored to strengthen IT infrastructure in Gujarat in various roles that he took. In his long-spanning career, he has held many important roles. He has headed the IT cell of GSFC and played a lead role in making it a profitable entity. Through the innovative use of technology without the internet he created a robust network for GSFC.

He has also worked as an IT advisor to the Government of Gujarat as well as with state election commission to make Gujarat the first state to implement the online voting system. It is his farsighted vision at CHARUSAT that apart from many developmental initiatives, he is instrumental in having e-governance and advanced IT Infrastructure at the campus.

A true Indian at heart, he refused lucrative offers abroad and opportunity to settle in the US and UK to serve India.