Chaos at the venue of e Tab distribution programme 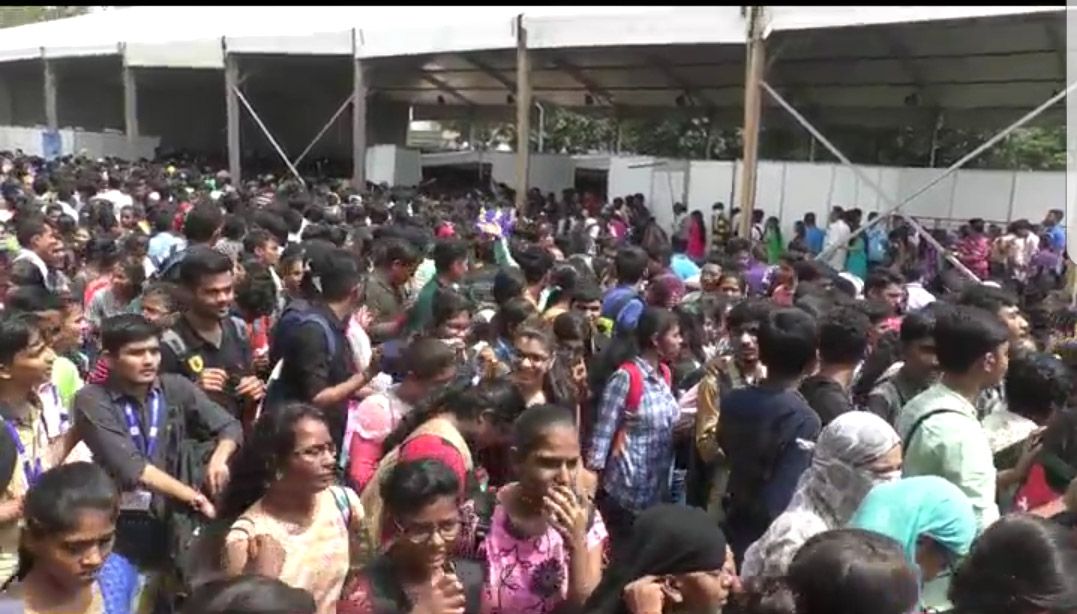 The Gujarat government organised the programme of NAMO e Tab distribution to the college students in Vadodara where CM Vijay Rupani gives tablets to the students. However after his departure from the venue there was chaos at the venue as the students waiting for getting their tablets got angry after they were informed to get them from their colleges.

Gujarat CM Vijay Rupani gives the students some token tablets on stage and said that the government will work to give the students digital freedom and gain their knowledge from all across the world. However after his departure the students lined up to get their tablets from the specially assigned dome at the venue.

The students who have deposited 1000 rs for the tablets and waiting at the venue since morning slowly lose their temper as after the programme all rushed to the dome to get their tablets. However after saw the rush the officials there decided to give the tablets to students at their respective colleges and that further angered the students.

After waiting from since morning and with this announcement they lost their cool and creates chaos there at the spot. They also threw chairs at venue and try to create ruckus there. There was reports of one girl was unconscious at the venue. At one time the MSU V.C. Parimal Vyas was seen controlling the crowd of the students.

However the police present there at the venue and control the situation. The students accused the mismanagement for all the chaos there. "We are waiting here since morning to get our e Tab from the venue. After the programme we lined up outside the specially designed dome to get the tablets standing even in mud. However the officials announced to distribute the tablets at our colleges. We wait from since morning for the tablets and now they are doing injustice to us," said a angered student.