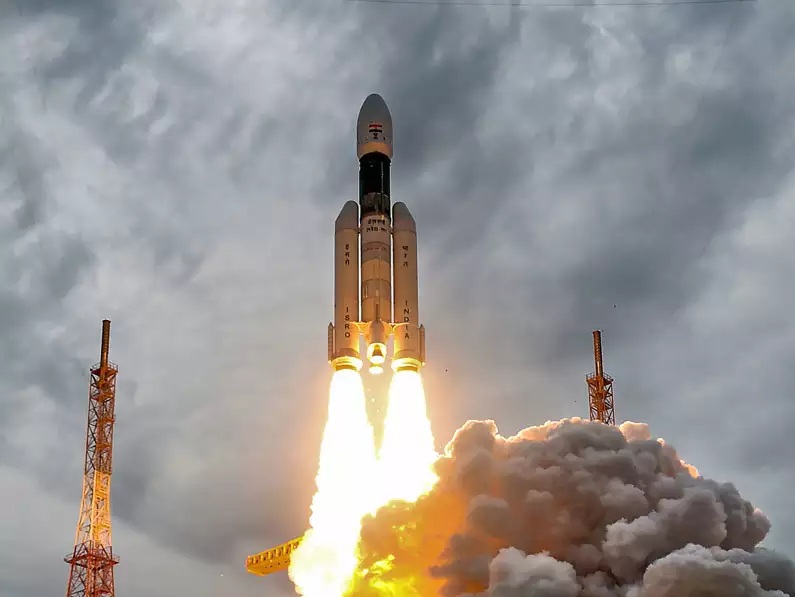 In Bengaluru, Forty-seven days after it left Earth, Chandrayaan-2 Lander Vikram will decide on the accurate landing spot on Moon when it would be 100m above the lunar surface between 1.30am and 2.30am on Saturday. If all goes accordingly , it will touch down 78 seconds later. 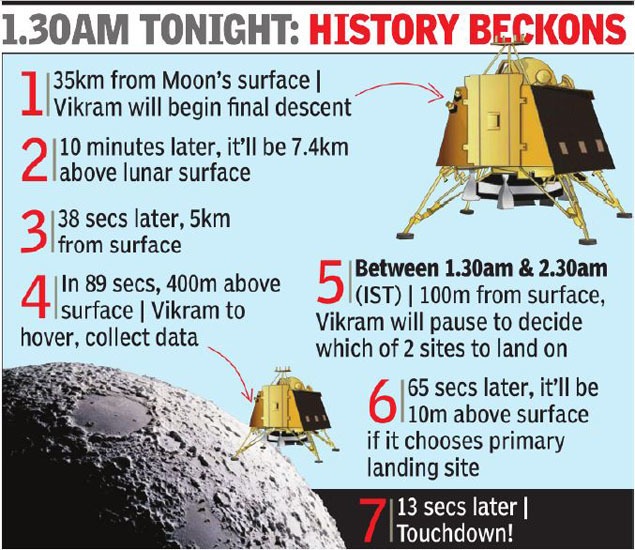 ISRO considered that both the primary and backup site should have Sun’s elevation at more than six degrees on the landing day to ensure enough lightening for the lunar craft to capture images.

The lander has been taking pictures of the preferred landing sites since Tuesday. “If it can land on the first zone, In 65 seconds Vikram will reach a height of 10m directly. In case it has to pick the second landing site, it will use 40 seconds to first diving to a height of 60m and then  drop to 10m in the next 25 seconds,” the scientist explained.

Once Vikram reaches 10m, it takes about 13 seconds for the touchdown. Vikram’s final diving from the lunar orbit would have started from an altitude of 35km. As per ISRO’s plan, about 10 minutes after the dive is initiated, Vikram would have dropped to a height of 7.4km from the lunar surface. In the next 38 seconds, it will reach a height of 5km and another 89 seconds later Vikram’s altitude will be 400m.

Here, Vikram will floating for a few seconds to collect data before jumping to 100m in 66 seconds.A successful soft-landing would make India the 4th country after the US, Russia and China to do so. Only 37% of all Moon landing attempts have been  recorded successful.