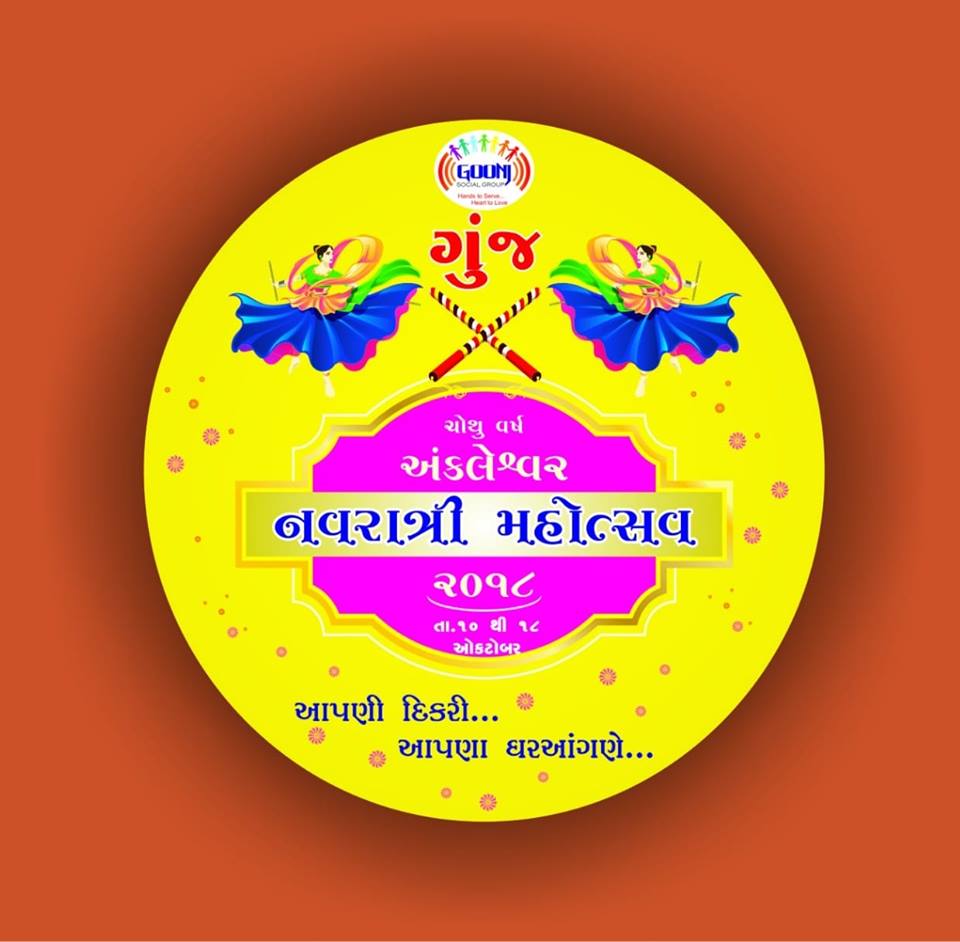 Navratri is just round the corner and the revellers are all set to play the traditional garba with their family and friends. The venues are also decked up to welcome the garba enthusiast as well as the celebrities comes there for promotional events.

This year also many celebrities will visit the garba venues all across Gujarat to add the extra attraction during the festival. Goonj Social group in Ankleshwar is celebrating the navratri festival on the theme ‘Aapdi Dikri Aapna Aangne’ inviting many stars during the nine nights of celebration.

To start with senior actress Apra Mehta will be there at 14th October inviting the garba enthusiast to visit the venue.

Maushmi Shailesh and Nimesh Patel will be there on 15th October at the venue to promote their upcoming film and also match steps with the revellers.

Rishi Panchal is also at the venue along with popular tv actress Zeenat Khan appeared in Sony and Big Magic channels in serials like Maa Shakti, Man main hai Vishwas and Savdhaan India.

Zeenat will visit at Goonj on 13th October.

Another popular actress Arti Soni appeared in Gujarati and Hindi cinema and serials will be there on 11th October.

Vadodara is one of the favorite cities when we talk about Navratri as the city is famous for its traditional garba. Every year many celebrities visit the city during this time for promotion and witness the traditional garba. Last year Aamir Khan was here to promote his film Secret Superstar and this year also many celebrities are lined up for visit at different venues.