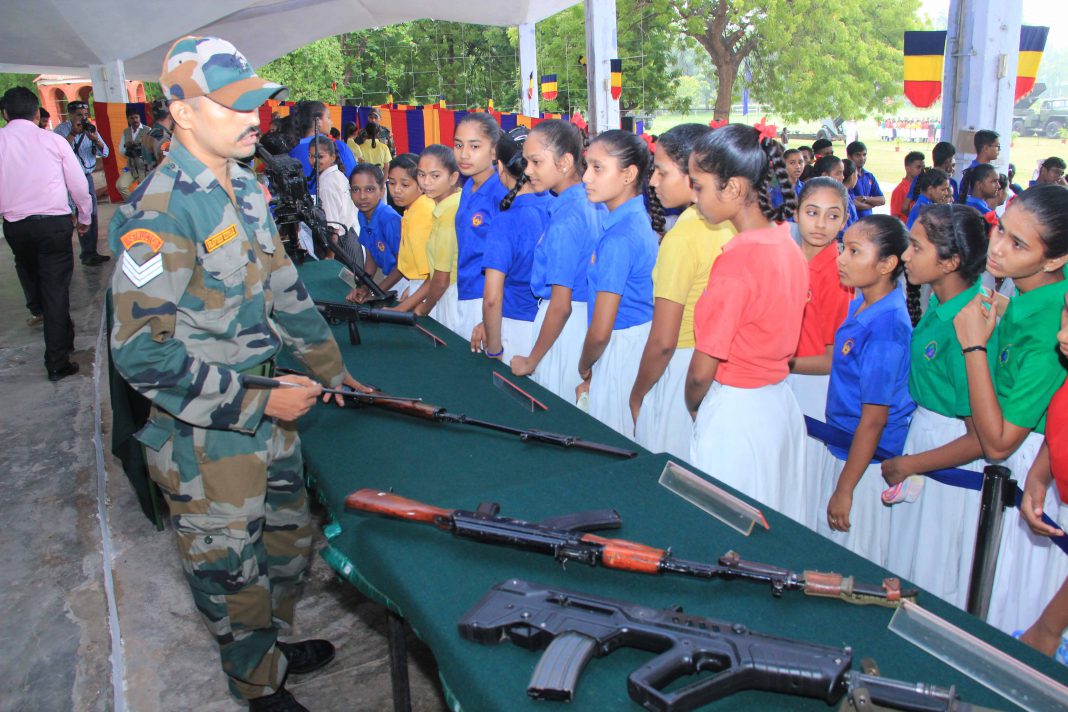 EME School, Vadodara of Indian Army host various events to commemorate the 20th anniversary of Kargil Vijay Divas. A static display of war like equipment of Indian Army for School children of several schools held at Eugene Stadium inside the EME School.

‘Operation Vijay’ will always be remembered in the books of history for the valour and determination exhibited by troops in the most inhospitable and rugged terrain to beat back a well entrenched enemy.

A static display of war like equipments was displayed by the army for the school students to give them a insight of the forces and also inspire them to join the army and serve the nation with pride.

The students were excited to see the exhibition and also asked questions to the jawans and official about the details of the equipments on display. The students said the exhibition gives them the in-depth knowledge of the army and also teach them the discipline, hard work and live the life with dignity.