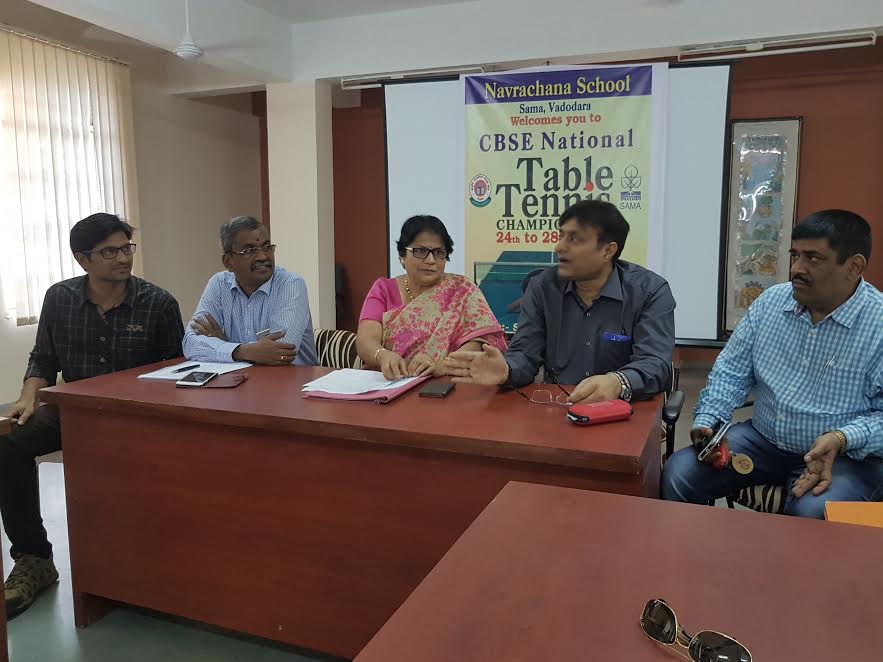 The Ceremony was presided over by Vadodara’s ace Badminton star and Arjuna Awardee, Shri. Partho Ganguly.

In his address to the players, he expressed his hope that some of them will reach great heights and certainly bring laurels to the country. He congratulated NSS for hosting such a mega sports event in Vadodara.

The trophies and medals were given away to the winning teams and individual players by International Referee Mr. Ganeshan, and the International Coach Mr. Sandip Gupta. The ceremony ended with the lowering of the CBSE Flag by Mr. Ganguly after he declared the Meet closed.

Navrachana School, Sama, won many medals and these were as follows:

1. The Golden Boy of Navrachana, Manush Shah won the Gold in the Individual Under-17 Boys Category. He left on November 29 for the USA to compete in the US Open TT Tournament.

4. In the Mixed Doubles Category Under-14 Category ADITYA BHARDWAJ won the Silver Medal.

5. In the Mixed Doubles Category Under-17 Category AMAN POPTANI won the Bronze Medal.