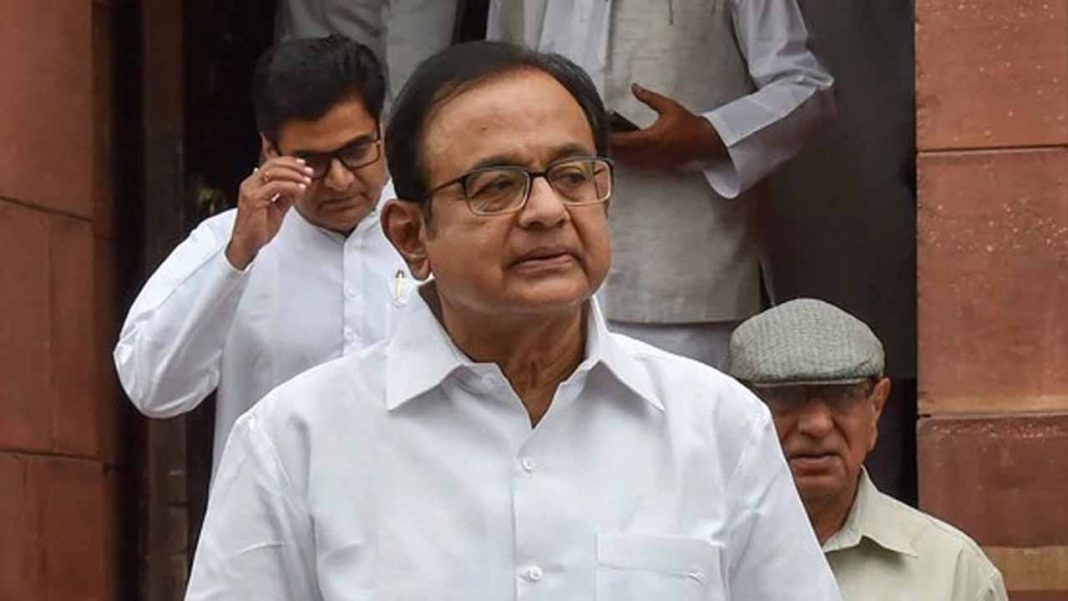 Chidambaram had given an application to surrender before the Enforcement Directorate in INX media case. He is currently in Tihar Jail under judicial custody in connection with the INX Media.

During the arguments in the case on Thursday, Solicitor General Tushar Mehta, appearing for the Central Bureau of Investigation (CBI), had told Delhi’s Rouse Avenue court on Thursday that Chidambaram was involved in corrupt practices during his designation as union finance minister and received bribes worth crores.

The Congress leader was arrested by CBI in the INX Media case on Aug 21 and sent to CBI custody for  further interrogation.Last week, a CBI court sent Chidambaram to judicial custody in Tihar Jail till September 19.

Chidambaram is facing problems in cases registered by the CBI and the ED involving to alleged irregularities in the Foreign Investment Promotion Board clearance given to INX Media to the tune of Rs 305 crore in 2007 when he was the Union Finance Minister.