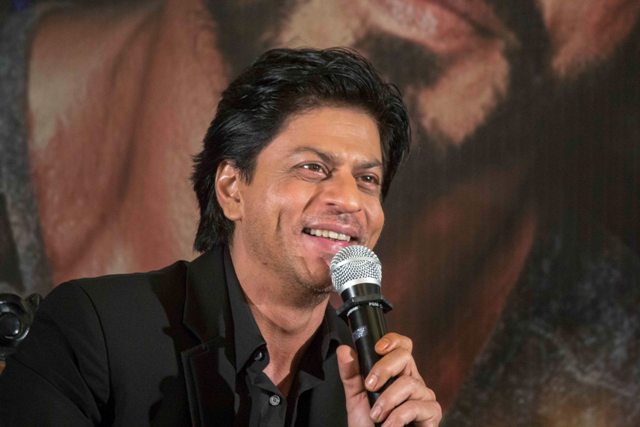 Superstar Shah Rukh Khan, who is leaving no stone unturned to promote his upcoming film “Jab Harry Met Sejal”, says that the Central Board of Film Certification (CBFC) has misunderstood the word ‘intercourse’.

Earlier CBFC chief Pahlaj Nihlani had told the makers of the film to remove the word ‘intercourse’ from one of the the mini trail of the film but later he told one of the media houses that if the makers get one lakh votes in support of the word he would clear it.

When Shah Rukh was asked about the same during the song launch of the film on Monday night, he said: “The way people have voted in favour of us, I feel, same way they should come to watch our film. I will be very happy.”

“I feel the CBFC misunderstood the context of that word. We respect CBFC a lot. It’s our department. They are doing their job and we are doing ours and as far as that scene is concerned, I don’t think there is anything objectionable in that.”

On Monday, Shah Rukh Khan, Imtiaz Ali and Anushka Sharma launched their second song “Beech beech Meina” which is a club song from their forthcoming film, in a club called Tamasha, here.

While speaking to the media, Shah Rukh revealed that he has not gone for clubbing much.

Talking about his clubbing experience, he said: “I haven’t gone for clubbing much. When I was in Delhi, that time I never used to have that much money to go into clubs and then I came here (Mumbai) to act in movies and became a star so I haven’t had much opportunity to go into clubs here as well. Whatever club hopping I have done is all because of Imtiaz while shooting for this film.”

Talking about the song “Beech Beech Mein”, he said: “‘Beech Beech Mein’ is a club song…this song comes when Harry and Sejal start celebrating in pubs, karaoke bars and night club with very few (friends) around them. It’s the couple partying. So our team thought that if we go to club or lounge to launch the song then it will be nice.”

“This song symbolizes the fact that there are times in a relationship when you are not certain about it. It’s somewhere in the middle without any conclusion so this whole song is like that and I feel people will relate to it,” Shah Rukh added.