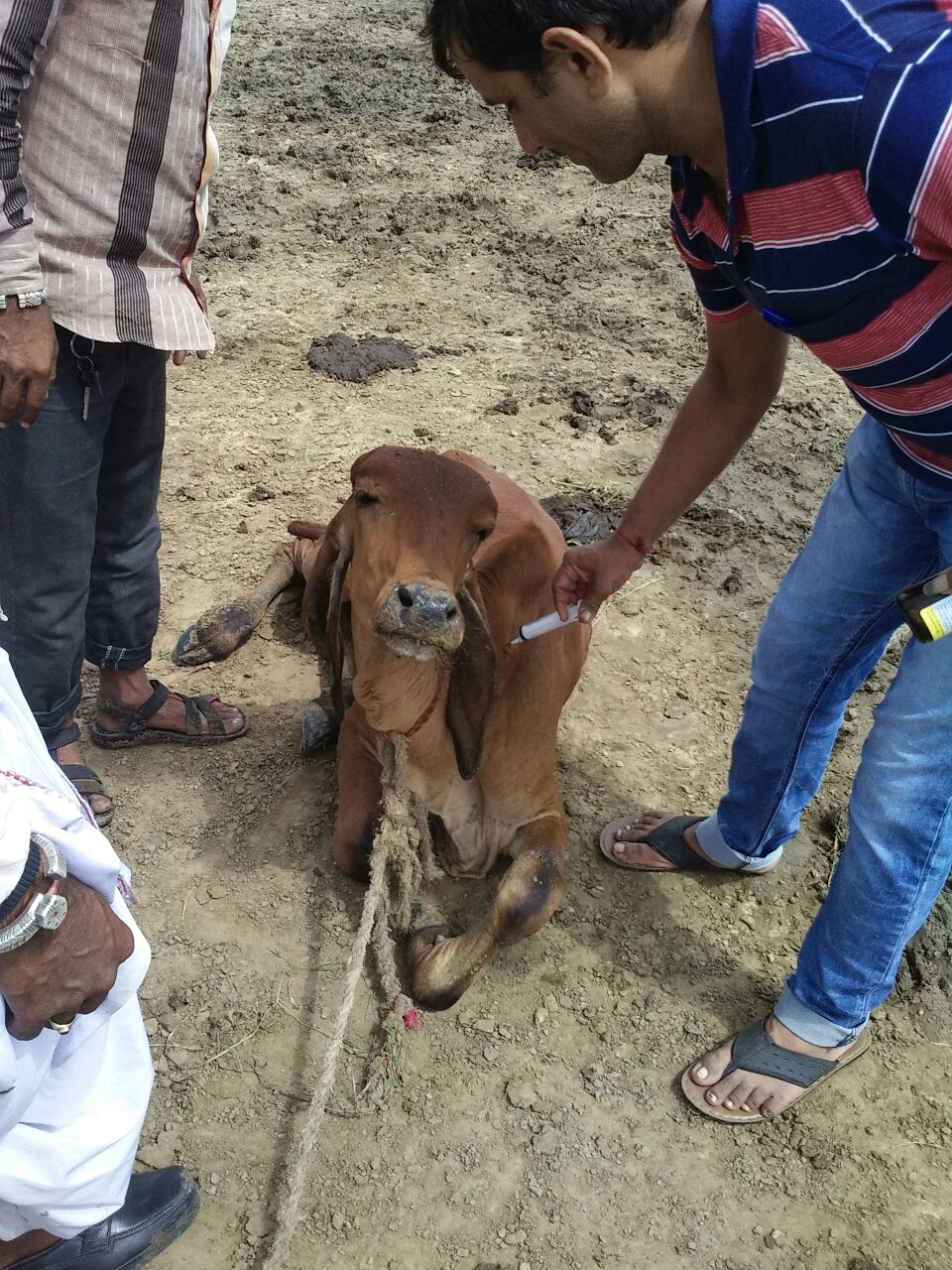 People shocked to see 25 cattles died instantly in Bharwad vas at Sakriyapura village in Nimeta falls under Waghodia taluka. However the primary investigation revealed that the cattle might eat poisonous substance which caused the death.

As per the details the cattles including cows and buffaloes returned back to the Bharwad vas after grazing as per routine. However after returning back the cattles died one by one after falling on the ground. The cattle owners shocked to see their cattles died and immediately informed the animal husbandry department at Waghodia. Dr. H.D. Nakum reached the spot and give medication in time to save around 27 cattles. However before the arrival of the team 25 cattles already died due and some of them were about one to two kilometers away from their homes. 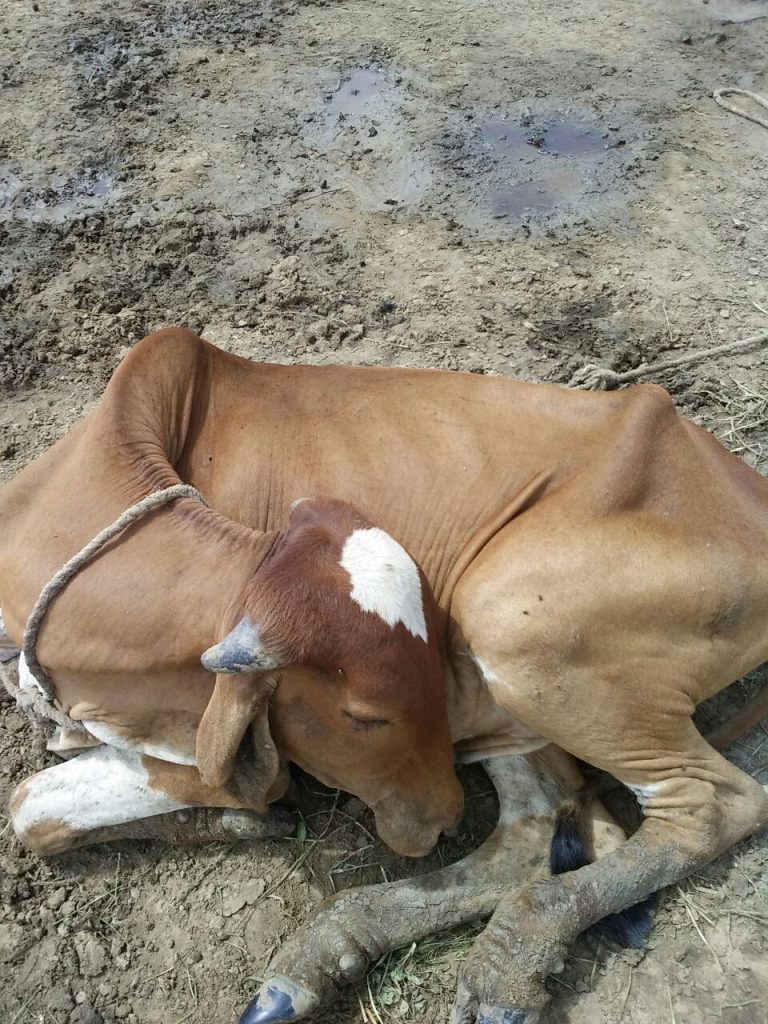 Dr H.D. Nakum said that during monsoons Yellow and Orange colour flowers grow which is called as Lentena Camera in medical language. The flowers are very poisonous and directly affected on liver of the animals. After eating the flowers the eyes of the animals turned yellow and the toilet also turned into same colour. The skin also gets affected and that leads to their death. The cattles in the village died due to the same flower.

He further added that they saved 27 cattles after medication and the same will continue for the next three days. They also give a powder as a precautionary measure to them which they have to give their cattles and if they even eat the flowers the same will be flush out through loose motion. 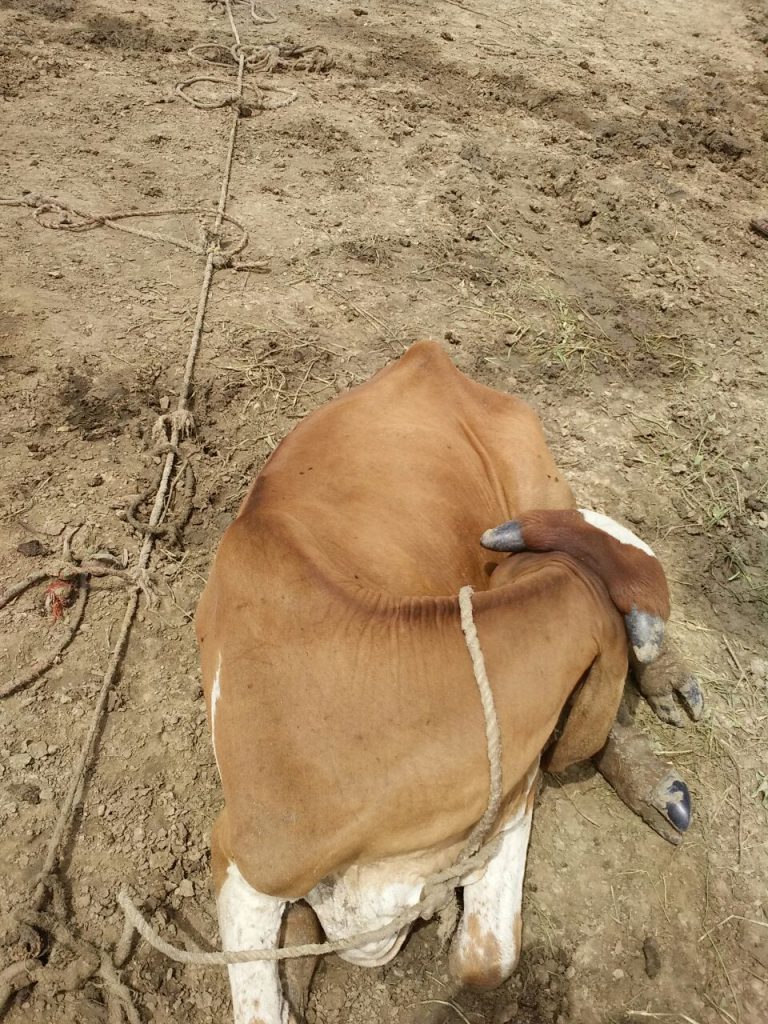 Haresh Bharwad said that their main business is milk production and after the sudden death of cattles they were in delima as that effects their business badly.