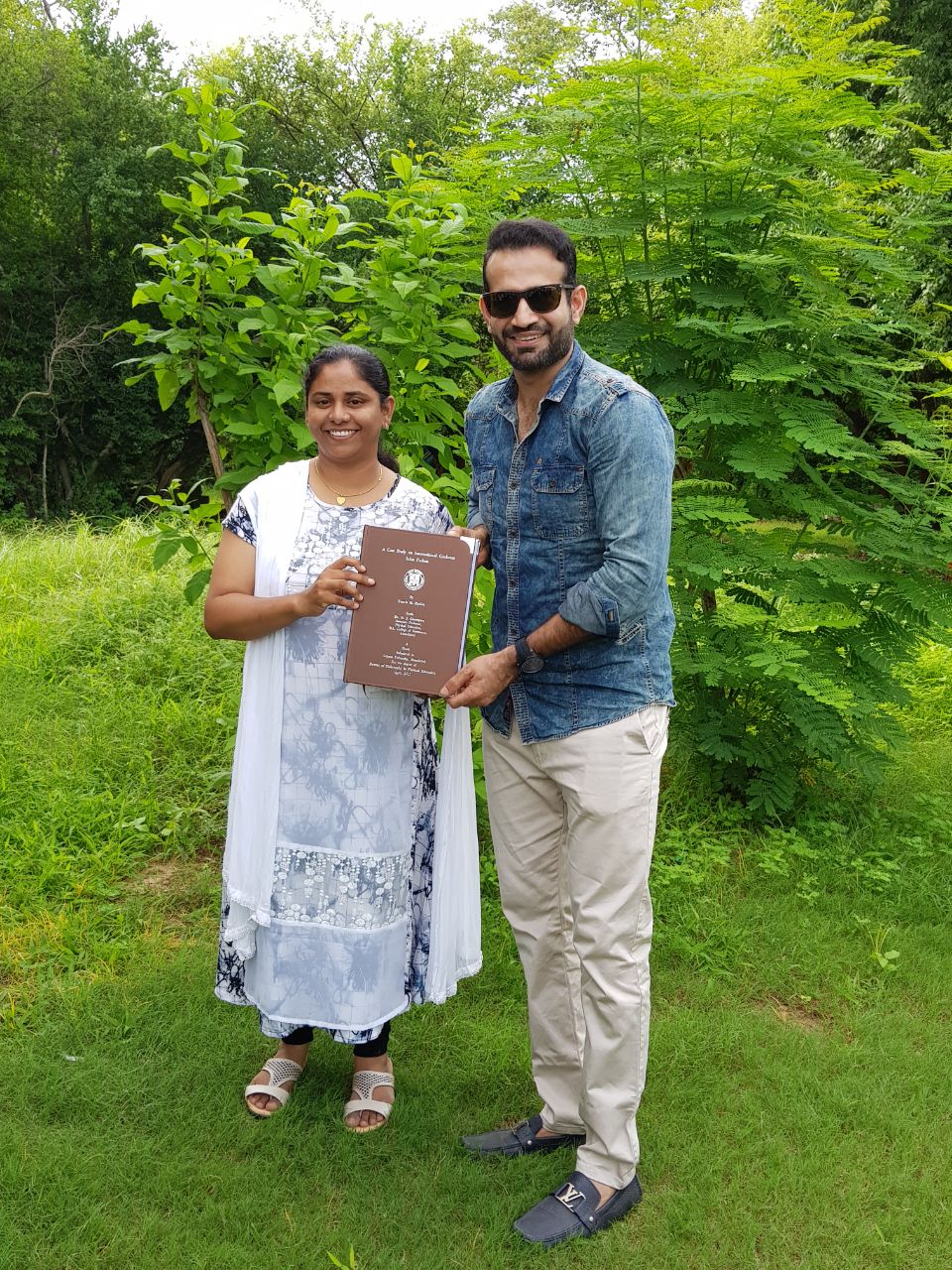 We all know Baroda cricketer Irfan Pathan who rose to become one of the fearsome swing bowler of his time. Even Sultan of Swing Wasim Akram also praised him as one of the best swing bowlers of the era. However the ups and downs in the career of Irfan Pathan somehow gives an idea to a former cricketer from Vadodara to done a PhD on him. The thesis shows the cricketing life of the cricketer who becomes inspiration for the upcoming cricketers. 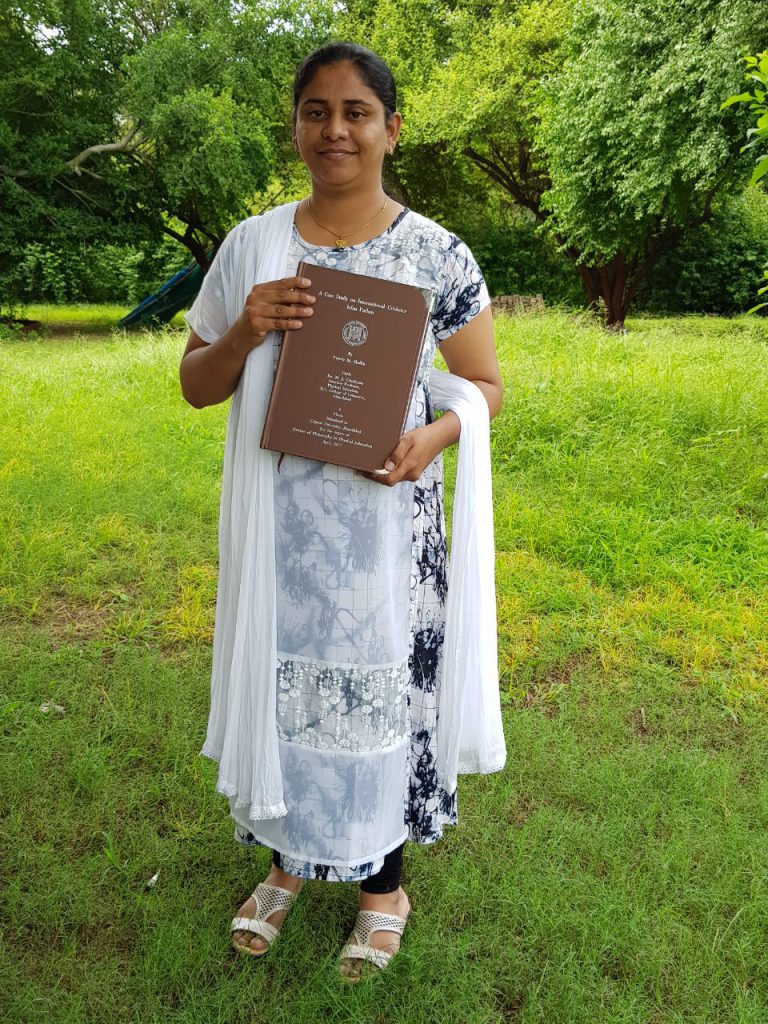 Tanvir Shaikh former coach of Baroda Women cricket team and a state level player chose to write a thesis on the cricketer which she feels is the inspiration for the upcoming cricketers. She said the idea came to her mind as she saw him raised from ground to top and achieves the name before the injuries saw him ups and downs in his career. As she saw him since childhood it was easy for her to give the inside truth more effectively in her thesis.

“I registered my thesis on October 2012 with Gujarat University and chose to done it on cricket and that too on one of the biggest inspiration to the upcoming cricketers our own Irfan Pathan. The two things that summed up my thesis is that the cricketer from a humble background reached the top and second how the injuries saw his downfall. But he always has that fighting spirit to hit back and that is the most amazing thing that I want to highlight,” said Shaikh.

Shaikh feature Irfan Pathan as a player, person and inspiration to the youngsters in her PhD and gives the in depth analysis on his cricketing life. “Starting from his schooling days to Baroda Sports Club and BCA I collect the data and approached everyone from players, umpires coaches to get the details of Irfan as a player. I also talked to international player like VVS Laxman, Kiran More, Nayan Mongia and T.A. Shekhar about his fighting spirit and player on field. The family members, friends and others told me about him as a person and the rest I put inside the book which becomes a source of inspiration for the upcoming players,” said Shaikh. 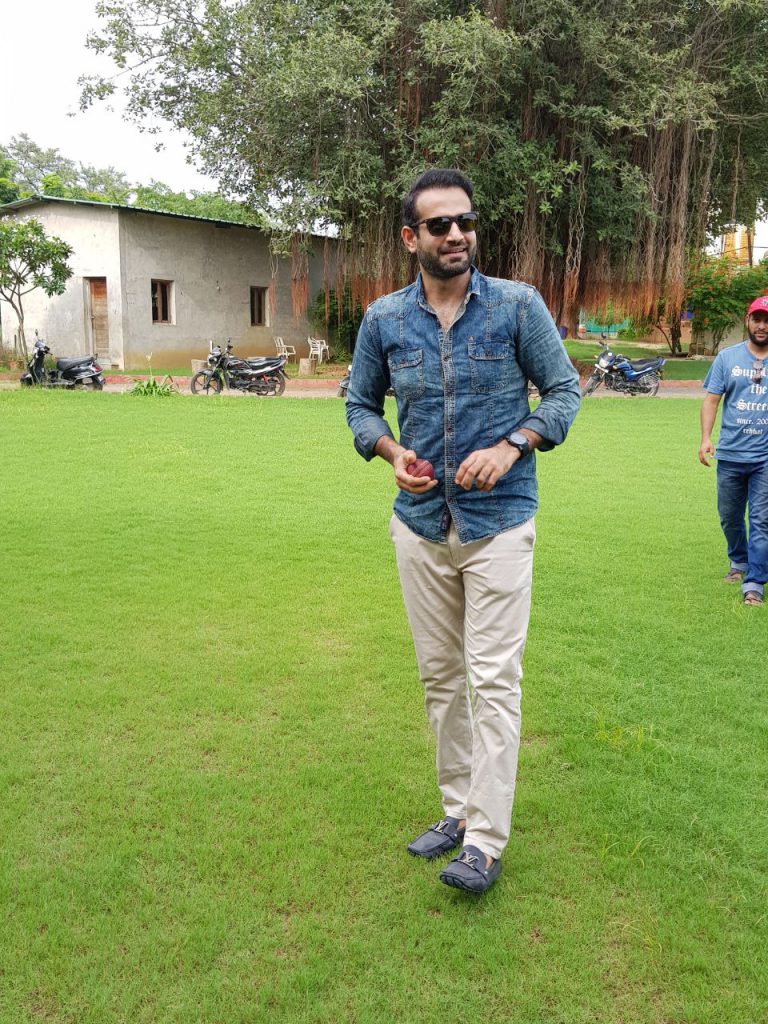 It took around three and half years for Shaikh to complete the book and what she able to get was that the fall in his career was due to two points injuries and listening to everyone. She said that the career of Irfan Pathan itself is a learning experience for the upcoming cricketers.

Irfan Pathan also said that he is happy to see a book on him and that’s a gift from a sister to him on the auspicious occasion of Rakshabandhan. “This is for the first time a book on cricketer was written by a cricketer. As we know Tanveer Aapa from childhood and learn watching her playing cricket. This is a privilege for me that she write a book on me as she knows everything about me as a family member. When she approached I instantly gave my consent but there was a feeling inside as what comes out from it. But as she knows me well and I am personally attached to her than I decide to give it a go,” said Pathan.

Irfan said personally the book will be a great learning experience for him as the players and colleagues gives their views about him and it will be interesting to know about him from others who plays with him. Talking about the dark side of his career he said the unfortunate injury was the biggest turnaround but it also gives him a learning experience to remember for the lifetime.

“The unfortunate injury happened in 2012 when I was performing well and was expecting a call for the test team. It was a mismanaged 10 days when I played nine days on field out of 10 including one international and domestic flight. It was a big setback in my career and life. But every incident in life is a learning experience for me and this too makes me a half physio as now i know about the injuries and how to tackle it. The experience will be there to stay with me for the whole life and benefit others,” said Pathan.