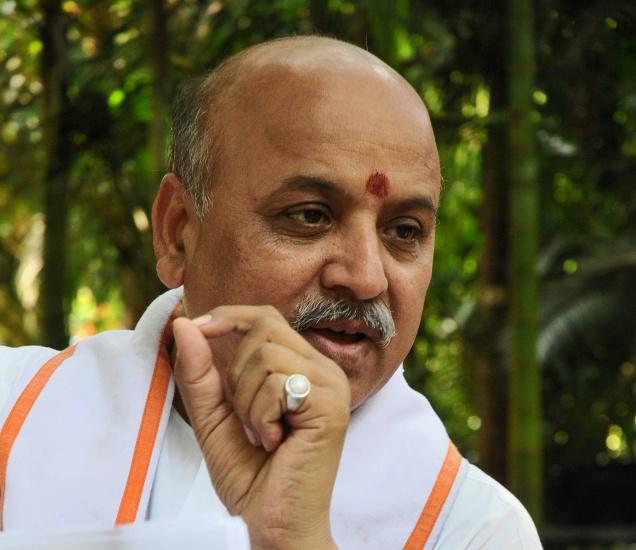 Vishwa Hindu Parishad (VHP) International working President Pravin Togadia said that all the Hindutva people jailed shall be released as all are wrongly framed. He also said that carpet bombing is the answer to recent attacks on the army personnel in Kashmir.

Togadia was in Vadodara to flag off a Maha rally on the occasion of Parshuram Jayanti. On the sidelines of the event he gives his reaction to the Kashmir issue where the army was attacked and also the release of Hindutva leaders from jails.

On the attackers who hit the Army he said the reply is carpet bombing. “Carpet bombing is the only solution for the people who attacked our Army in the valley. They has to be hit on their chests,” said Togadia.