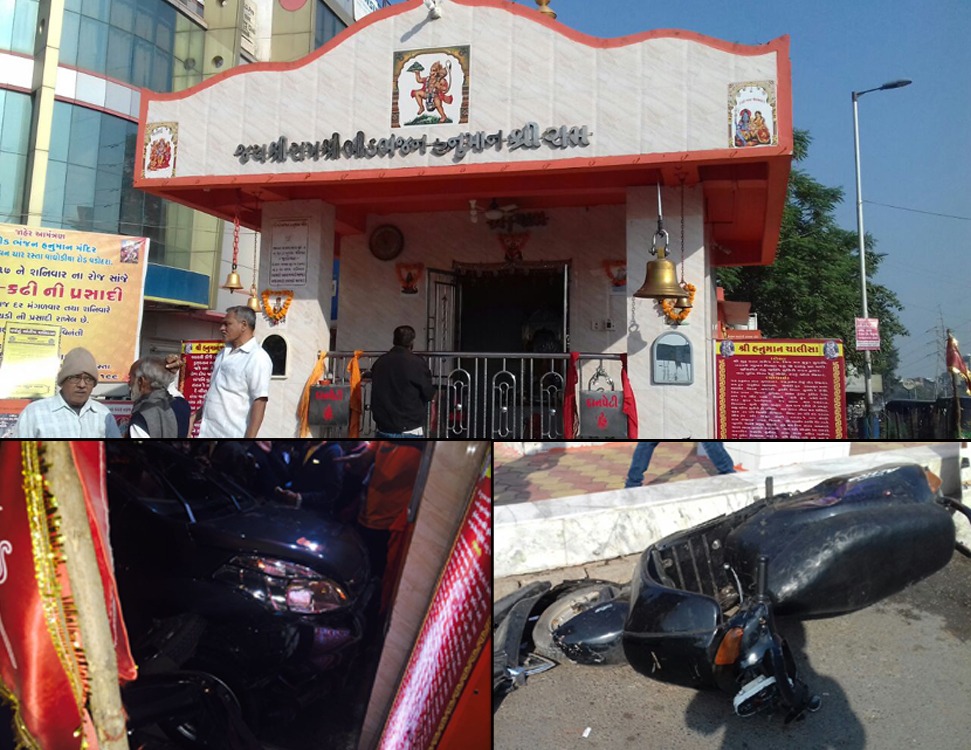 A freak accident happened in Vadodara where a car crashed inside the compound of a temple. Two devotees were injured in the incident standing inside the temple for prayer. A two wheeler was also damaged in the accident.

As per the details Geeta Rathwa resident of Soma Talav area in Vadodara went out in her car on Thursday night. While she was going towards Panigate after crossed the Vrundavan circle she lost control of her car and it crashed in the Bhidbhanjan  Hanuman temple with a big thud.

Samabhai Bharwad 55 from Bapod village and Baranpura resident Manish Sharma got injured in the accident. A moped parked near the temple was also damaged by the car. Both the injured was taken to the nearby hospital.

As the news spread the people from nearby societies gathered at the spot. As per the sources the lady not dare to come out of her car due to presence of so many people. She came out when the Bapod police reached the spot.

The small divider type structure inside saved the temple or else the car enters till the main area. Police registered the complaint and further investigating.