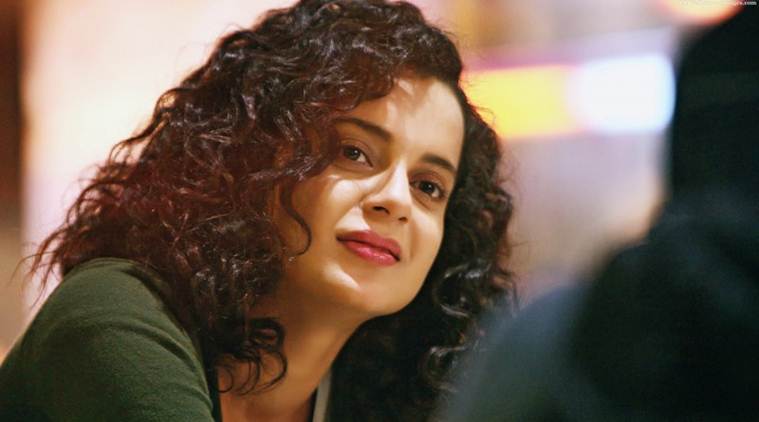 Kangana was mocked for her accent and dress sense when she joined Bollywood and has often found herself in troubled waters for her outspoken nature. Actress Kangana Ranaut says she welcomes constructive criticism with open arms, but bullying is something she cannot tolerate.

Asked if negative remarks or criticism affect her, Kangana told IANS here: “If it’s constructive, it will definitely be something that will add to me and my growth, but if it’s just some sort of mocking or bullying, that’s not criticism… That’s just bullying. I will definitely not tolerate that.”

Kangana has always had strong views and opinions. Doesn’t she fear being see in a negative light?

“First of all, when we put an issue forward or a matter that needs discussion and consideration, the main agenda is to put light on that and not us… So, we really don’t care about positive or negative light.

“Unfortunately, sometimes that spotlight falls on us rather than on the matter,” she said, referring to how when celebrities speak up on issues, they end up courting controversies.

Kangana ventured into Bollywood in 2006 with the thriller “Gangster” and, since then, she has tasted success with films like “Tanu Weds Manu”, “Krrish 3” and “Queen”. She has also faced failures with movies like “Tezz”, “Game” and “Shakalaka Boom Boom”.

She credits her success and failures to her growth in Bollywood.

“Every single day has added to my growth. Every single success and failure has been a part of this huge journey. Today I feel very strong, competent and independent as an individual,” added the National Award winner.
Her latest release “Rangoon” is a two-hero film co-starring Saif Ali Khan and Shahid Kapoor, but Kangana has stood out with her role, according to a majority of critics.
She found it to be an incredible experience.

“Apart from being big stars, they are very good actors as well. For a film like ‘Rangoon’, directed by Vishal Bhardwaj, I think it is very important that every part was activated through good performances,” she said.

Commenting on whether the film industry is still male-dominated, the 29-year-old actress said: “I just feel that we all have collectively worked towards it. For years now, we have talked about women empowerment and this issue.

“… The purpose of art is that it really brings important issues to the front and those issues are not just part of conversations and thought exchange and to discuss over summits, but actually to make a difference in the society.”

Kangana feels that cinema too is to some extent responsible for the wave of feminism.

“I think films to an extent are responsible for starting this wave of feminism and woman empowerment. By the grace of God, I have been quite a significant part of that wave as well, and apart from me, even men are participating in films like ‘Pink’,” she said.

The actress stressed that there are many issues related to women empowerment and more films should be made around them.