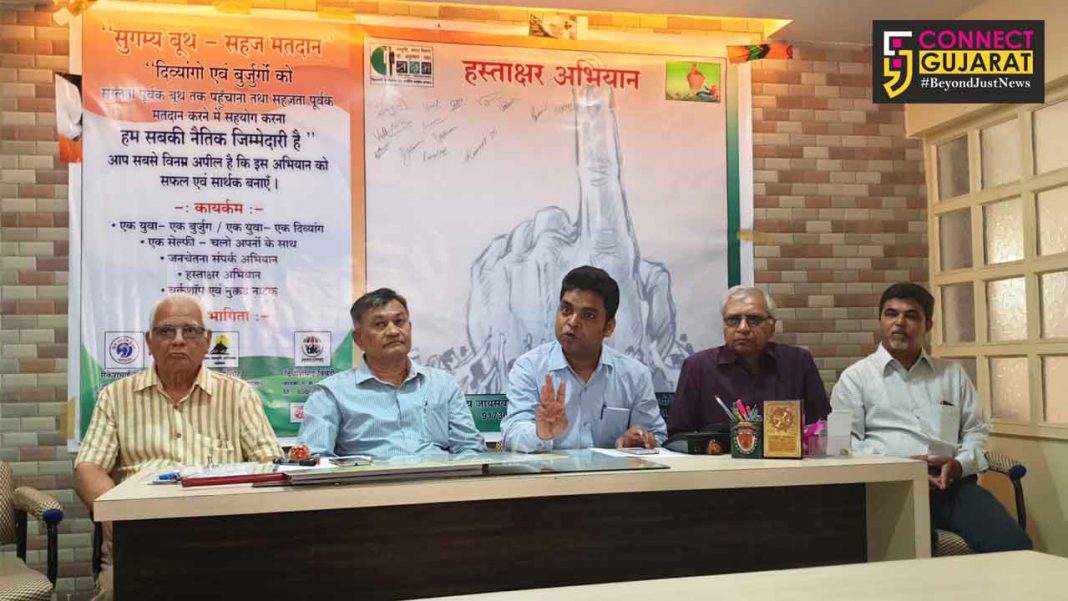 To increase active participations of senior citizens and divyangs in voting this year a organisation is starting a campaign in Vadodara. Saksham along with various organisations starts the signature campaign and appealed the youths to bring senior citizens and divyangs of their areas to the booth and also clicked a selfie with them after the voting. 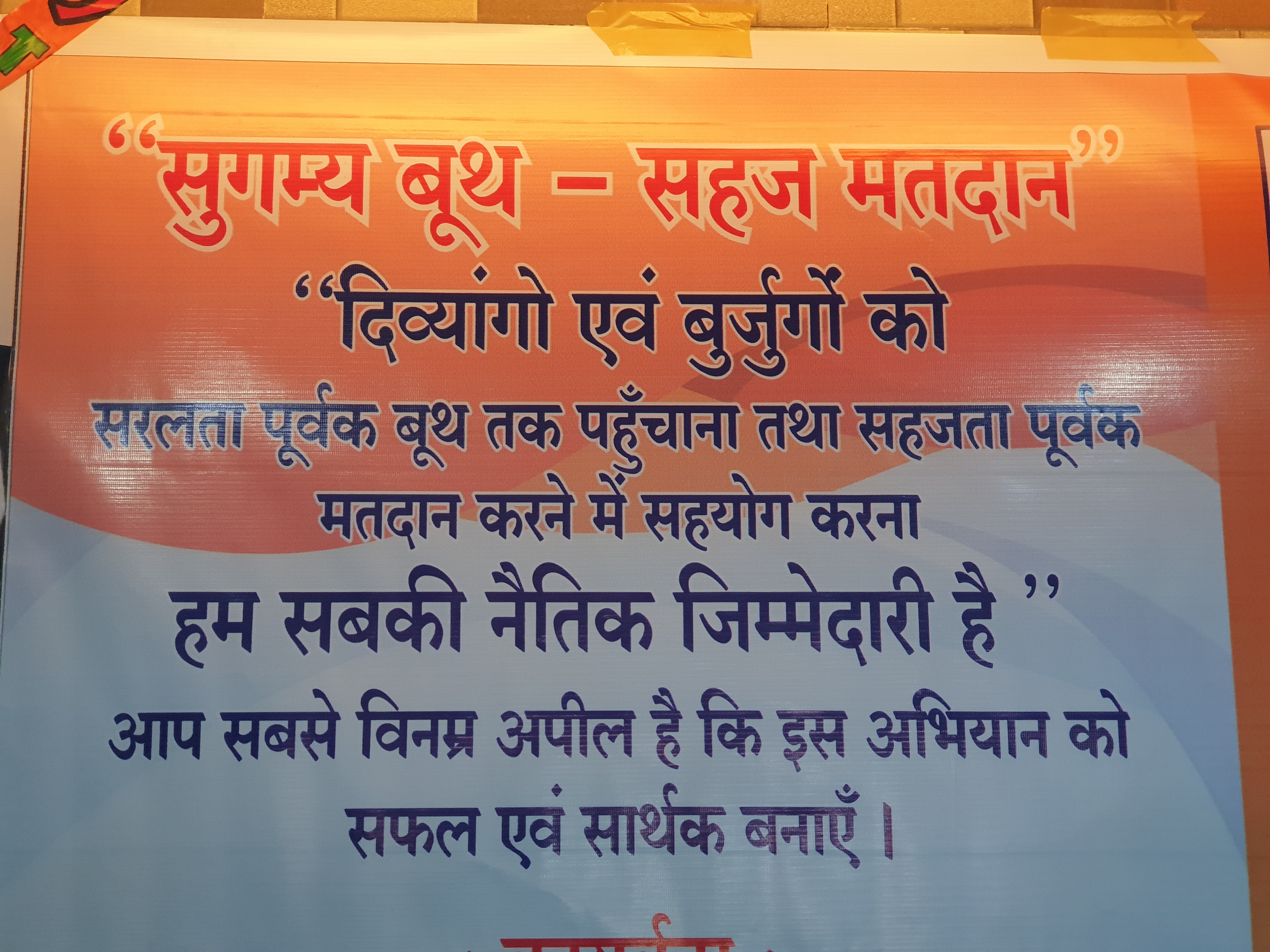 Voting is very important for every citizen of the country as it gives you the power to choose your leader for a bright future. However many of them are not using their rights specially the senior citizens and the divyangs due to many reasons. The group consists of a good percentage of voters and can change the scenario.

To help such people reach the booths Saksham along with organisations like Mook Dhwani Trust, A.K. Foundation, Janajagruti Abhiyan, Blind people welfare council and many others started ‘Sugamya Booth Sahaj Matdaan’ campaign in Vadodara city. With the help of awareness programmes at various places they are targeting every senior citizens and divyangs to vote for democracy.

“Senior citizens are the mature voters of the country and we want to bring them to the booth for voting this time. We appealed the youth to bring senior citizens and divyangs to the booths along with them and then click a selfie with them after voting. The aim is to engage most participation of such voters this time in the city,” said Vinay Jaiswal District President Saksham.

They are going to target the public places like gardens, parks, temples and religious places for awareness programmes. “We want to create a healthy relationship between the youths and the senior citizens which somehow lost in today’s world. The youth bring them to booths help them vote and then clicked a selfie with them gives a loads of respect to the senior citizens. We also try to see our future as somehow we also reaches the stage and don’t want such phase in our lives,” said Jaiswal.

The group is engaging more people in the campaign and are also in talks with private taxi operators to give 80% consession to the senior citizens and divyangs for using their service. They also will provide vehicles to the places where needed and try to bring such people to the booths on the election day.