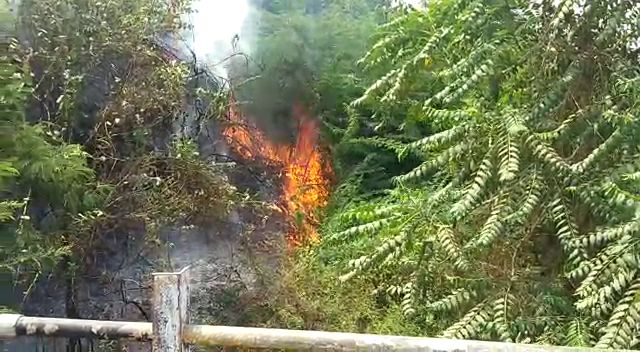 Fire brigade doused the fire in time before it spreads further

Vadodara fire brigade received a call about the fire near Bal Bhavan at Kamatibaug and reached there to find the bushes on flames. The reason was unknown but the firemen doused the flames before it spread further.

As per details the fire was noticed inside the bushes and the winds helps it to spread further. However the Dandia Bazaar received the call and reached the spot to douse the fire in time to control the fire in time.

The reason of fire was unknown but in case it spreads the loss would be big. No injuries was reported in the fire.