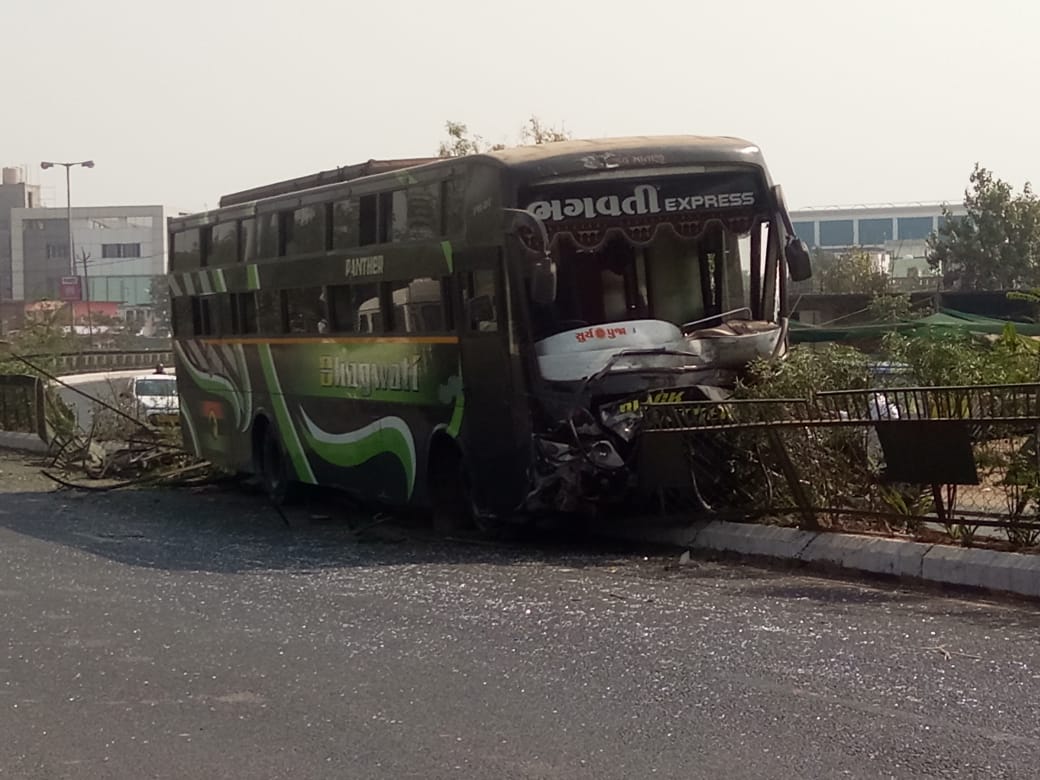 No one reported injured

A luxury bus heading towards Surat met with accident last night at Makarpura main road in Vadodara.  The driver lost control of the steering and the bus climbed on the divider and broke the railing. However no one was reported to be injured in the incident. 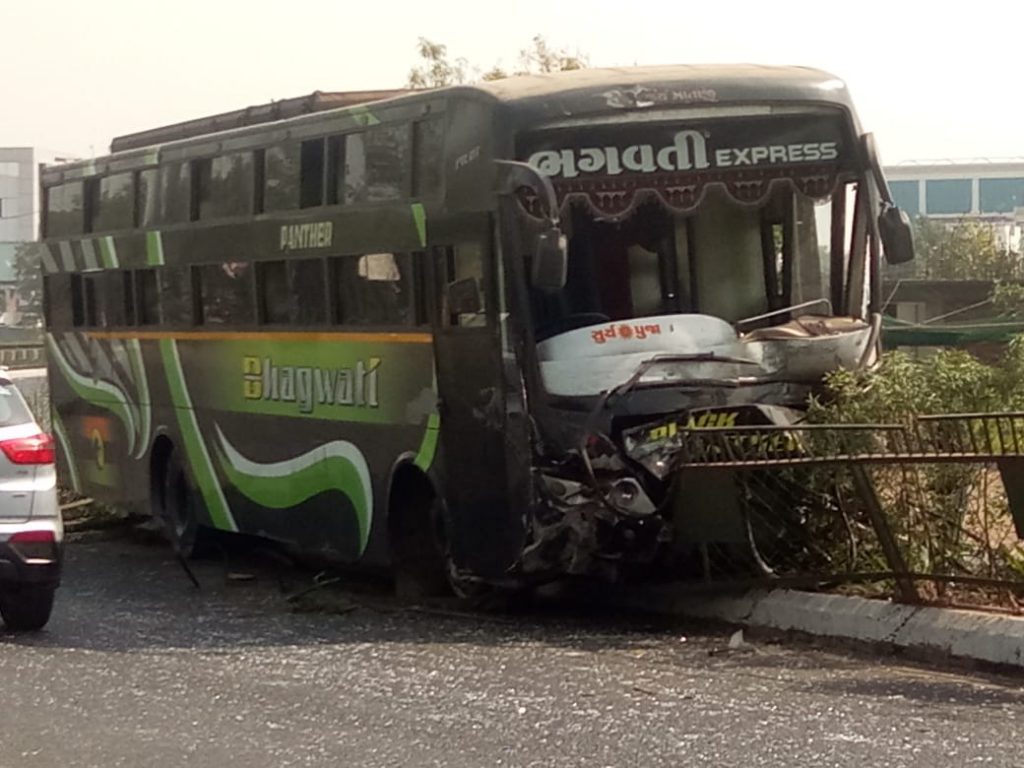 As per details the bus was heading towards its destination when the driver lost control of the steering near Jiji Mata temple on Makarpura main road. The bus climbed the divider and broke the railing. The dozing passengers wake up after such a big thud and shocked to see the condition of the bus. However no one was reported to be injured in the accident and only the driver received minor injuries.