Bullet queen of Vadodara proves herself in the male zone 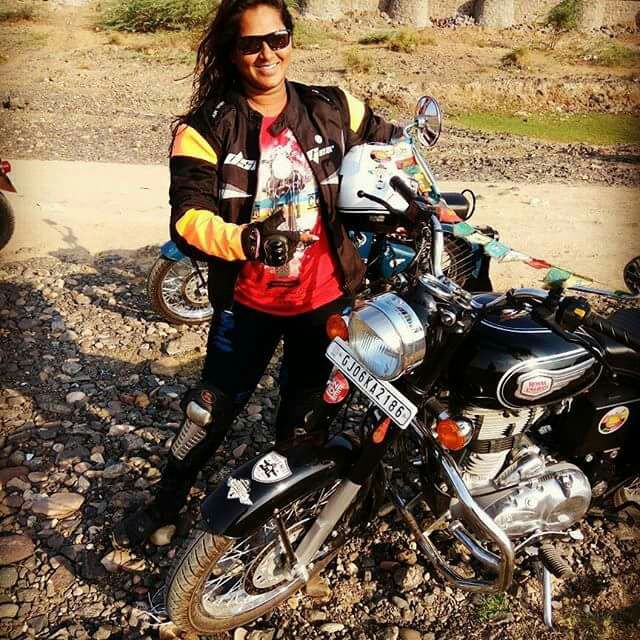 A girl known as Bullet queen is trying to prove herself in the male zone. A physical education teacher in a private school Ritu Kaur is the only girl who took part in a bullet dirt race and was runner up in two competitions. She took the challenge to drive the bullet after was let down by male trainers saying she might injured herself. Ritu started driving the beast 350 CC Standard Bullet just a year ago and is always trying to prove herself as a girl equivalent to males in every field. "I always love to do adventure and like to do stunts like boys. I am driving bikes when I was in 8th Standard and since then it became my passion. I always like to do something new and being a sports teacher love adventure in life. I started to drive the beast after watching my friends doing stunts and that motivates me to start practicing. I always want to show that being a girl you not fall behind against your male counterparts," said Ritu. Ritu said that since her school days she was driving bikes and day by day the passion grew more. "Since my schooling days I am driving bikes and I always want to do something new in life. I like Adventure in life and love bike riding, river drafting, river crossing which gives me challenges. I get motivation to see my friends doing stunts and start practicing on my Bullet but was let down by some males which made me to take up the challenge. Even in a recent racing competition the organizers said that a girl cannot participate as the males drive very fast and you might fall and injured yourself. But I took the challenge and wants to complete the race without fell and I did it," said Ritu. Ritu was the runner up in slow biking and dirt race against her male competitors and was proud to prove that a girl can do whatever she wants. She is now eyeing national and international tournaments. "When I was in college I came on a bike and was the only girl. In the recent bullet competition I am the only girl to compete and now I am practicing for the Goa National Rider Mania from 18th to 20th November where I am the only girl to participate from Gujarat. It's a matter of pride for me to represent Gujarat and the women power at National level competition," said Ritu. She also added that if she get the support then she will also eager to take part in international races also.