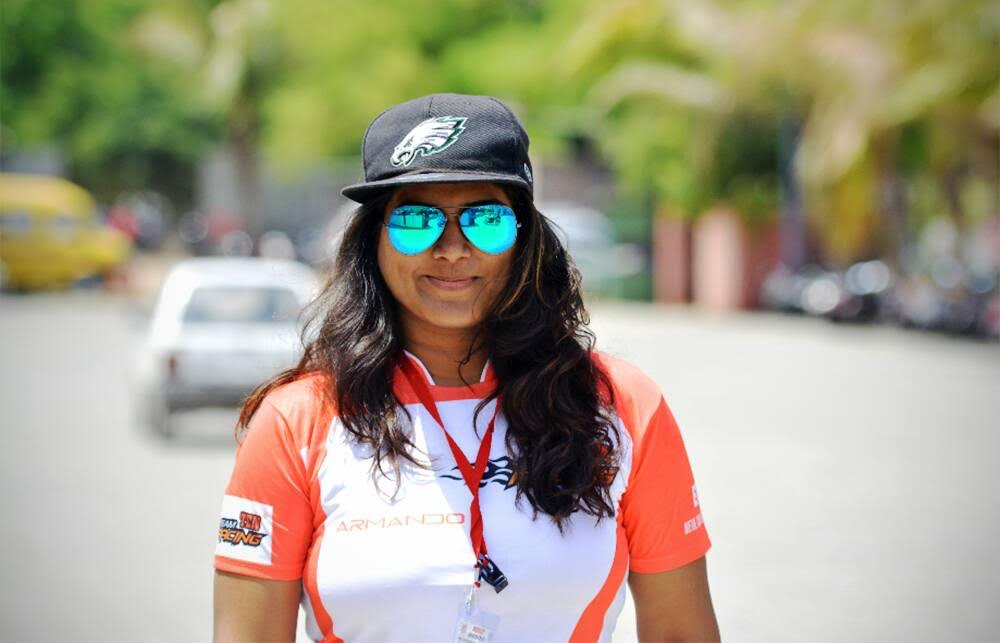 Gurumail Kaur better known as Ritu the Bullet queen from Vadodara done it once again and won her first ever 2nd runner up prize in MRF Rally 2017. She is the only one from Gujarat and won laurels in her first rally race representing the woman power among men.

Ritu a teacher by profession has a passion for bikes and earn herself the name among her male counterparts. Ritu better known as Bullet queen is exploring new horizons and that is the reason she take part in the ongoing MRF FMSCI National Rally Championship. Leaving behind her failures in first two rounds Ritu won prize in the third round in Pune and came 2nd runner up in the rally. “I always has a passion for bikes and wants to show that woman can also ride bikes and won tournaments competing with their male counterparts. I came 2nd in the Goa open riding on my bullet and won praises as the only girl from Gujarat. Now in this MRF FMSCI National Rally once again I am the only female to represent Gujarat in the rally,” said Ritu.

Supported by Baroda Automotive Racing Baroda under the coaching of veteran Sunil Nigam a well known face in the Baroda racing circuit Ritu is riding her way towards success. Ritu ride the Hero Impulse stock bike in the ongoing MRF FMSCI National Rally which she said is totally different comparing to Bullet she ride. With first two rounds she learned the skills and implement it in the third round and came 2nd runner up in the rally. “I normally ride Bullet through out my career and the MRF FMSCI National Rally is totally a different sport based on skill and time. The rally is time based run and the rider lost marks in penalties. I am new to the sport and taking part for the first time in the MRF FMSCI National Rally which is a learning experience for me. I failed in the first two rides in Vadodara and Indore as in the first my bike fell and in the second my bike slipped from the mountain. However these two failures helps me to learn a lot and I put my efforts in the third round in Pune and came 2nd runner up,” said a jubilant Ritu. After the third race in Pune she has to rush back home as her father met with an accident. Now she is once again tighten her gear and get ready her rally bike to continue the next two rounds in Coimbatore and Mangalore. Once again she is the only female to represent Gujarat in the rally. “I am happy to won prize in the third round in Pune and the experience was very tough as I am the only one from Gujarat. The first two rounds was a learning experience for me and in the third I concentrate on riding as well as not to lose any points in penalties. The rally is a outstanding experience as we are competing with other female riders and male counterparts. The seniors helped me a lot and always supported me as being the only woman rider from Gujarat,” said Ritu. Ritu is now concentrating on the next two rounds and starts practicing to reach to the finals and won. “I have a month time before the two rounds in Coimbatore and Mangalore and starts practicing to perfect my ride. This is my first ever rally and there is lot to learn from here. I am concentrating on riding perfectly and the dream is to won the rally and to show the woman power to the world,” said a confident Ritu Kaur.