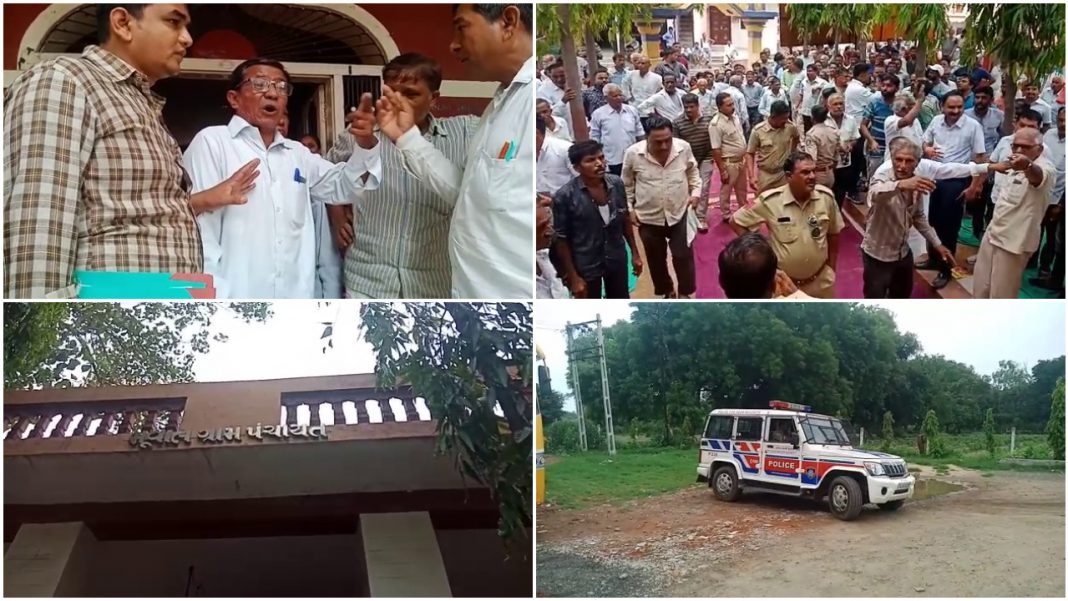 Police intervene and controlled the situation

The village meeting at Muval village in Padra turned into heated arguments and police has to intervene and control the situation. The meeting was held in view of 2019-20 budget and went out of hands after both Congress and BJP put allegations on each other and that stops the process to start.

As per details the village meeting was called to discuss about the budget of 2019-20 and the supporters from both the parties gathered in big numbers. However before the discussion begins the opposition start protesting and as ruling party supporters came to rescue it turns into heated arguments between the two. Vadu police rushed the spot to control the situation before it went out of hands.

Earlier in two occasions the meeting was cancelled due to such agitations and it was called for the third time but the result happens to be the same. If the same happens again then the budget might not be accepted and in such case it leads to meeting superseat.