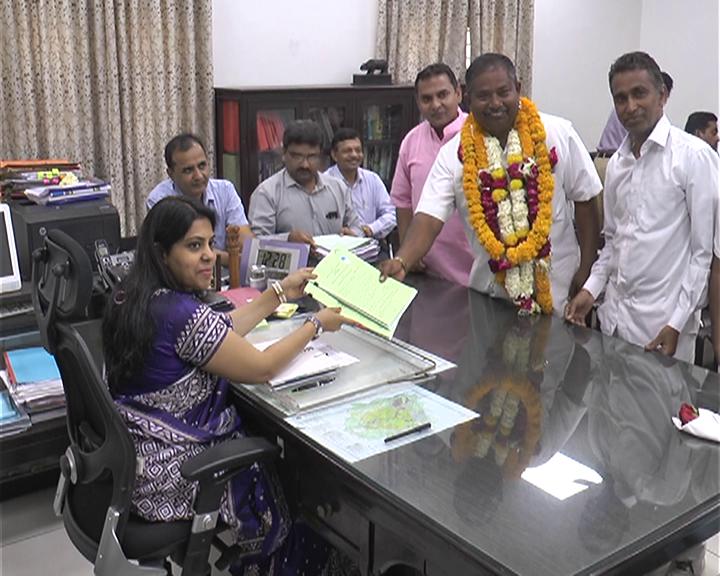 Said to work on the issues of common man

Bahujan Samaj Party candidate from Vadodara Madhusudan Rohit files his nomination for the 20 Loksabha seat. He reached the collector office in form of a rally from Jubilee baug and handover his form to the district collector and chief election officer.

Like the other two big parties the BSP supporters also choose the same route for the rally to reach the collector office. Party candidate Madhusudan Rohit took out the rally with his supporters from Jubilee baug and reached the office of chief election officer to handover his form.

The party promise to work for the benefit of the common man and try to get their affection in this election. “We will work on the issues of stop business of education, stop the contract system, ease of doing business and better rate for the farmers of their products. We want to work on the issues of common man and will get their affection by going between them,” said Rohit.