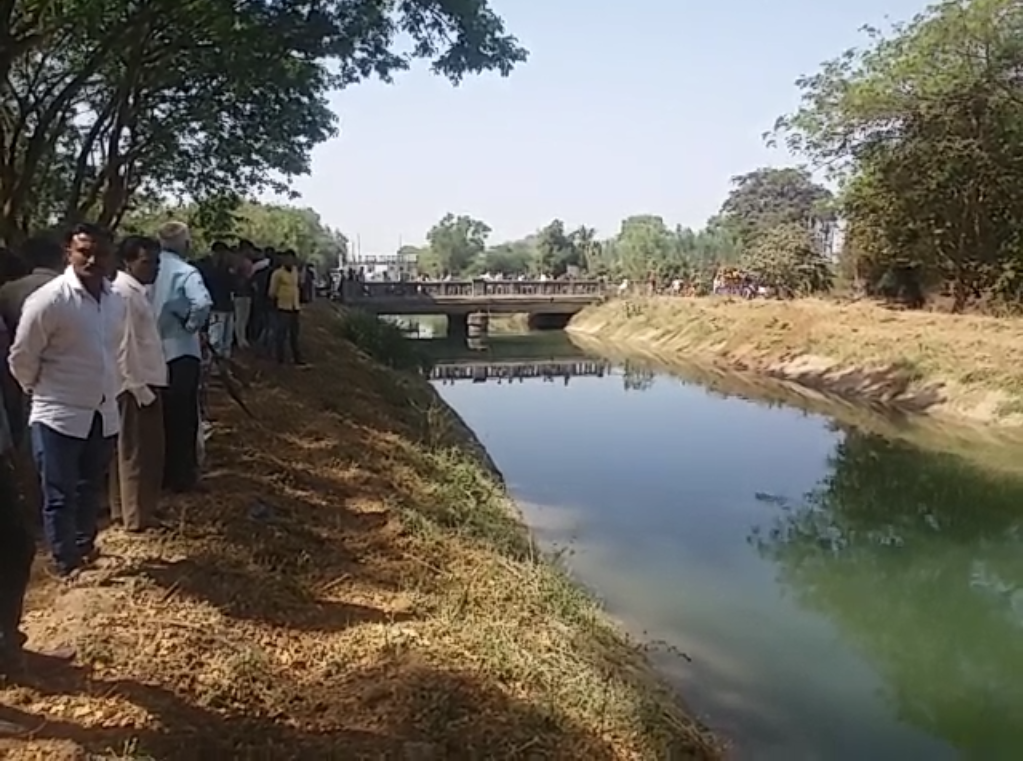 Two real brothers died after drowned in Narmada canal passing through Ghayaj village in Padra. The brothers are students of Parul University and residents of Padra and went out to learn car driving near the canal.

As per the information Ramesh Prajapati is living in Gurukrupa society in Padra along with his family and own a jewellery showroom there. His two sons elder Hardik 21 studies in Mechanical and younger Pranav 18 is student of diploma electrical engineering in Parul University. Early morning on Saturday the two brothers went out to learn car driving near the Narmada canal passing near Ghayaj village in Padra. Their cousin brother was also following them behind in another car.

After the practice Hardik was standing near the canal when suddenly he slipped and started drowning. His younger brother Pranav tried to save him but he also drown along with Hardik. However their cousin brother Bhaumik Prajapati heard the shouts of his brothers for help and he then started shouting for help. But before the locals reached the spot both brothers went missing inside the water. Bhaumik then informed the family of Hardik and Pranav and they rushed to the spot. The Padra police, Padra Taluka Mamlatdar, Padra Nagarpalika President along with others reached the spot near the canal.

Police informed the fire brigade and before them the swimmers of Dabka village reached the spot. After two hours of search the bodies of both the brothers was found. The incident send shockwaves in the town after the death of two brothers. Padra police registered the accidental death and further investigating.