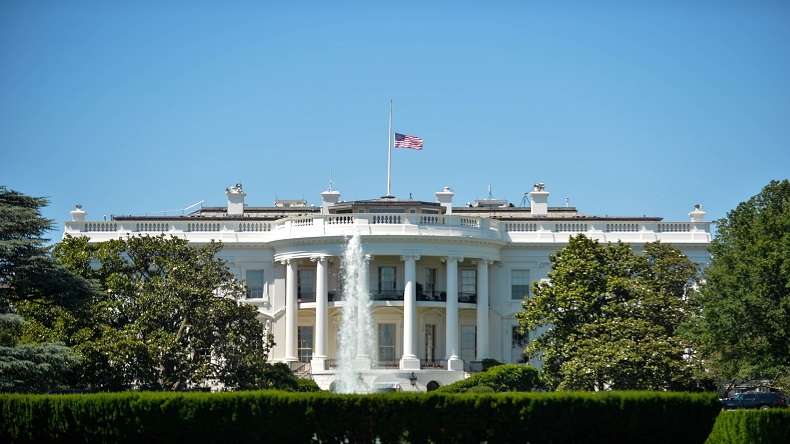 Some British reporters have complained that they were unable or delayed in entering the White House to cover their Prime Minister Theresa May’s meeting with US President Donald Trump.

On Friday, Secret Service officers were baffled that the journalists’ birth dates did not match what had been recorded by security personnel,

In the UK, the date is recorded by the day of the month followed by the month itself, unlike in the US.

“British press corp is locked outside the White House because our birthdates were submitted in UK format and secret service don’t get it,” one British reporter from BuzzFeed, Jim Waterson, tweeted.

He later added: “Those of us born after the 12th day of the month have been let through.”

Moments before Prime Minister May’s motorcade entered the White House grounds, members of the British press remained outside the North West gates, waiting for the Secret Service to tell them they were good to go.

One British journalist, presenting his UK passport, could be seen asking an officer if he was cleared, with the officer telling him that his birthday was still reversed in the system.

He had to continue waiting among a handful of others.

Mail On Sunday reporter Ned Donovan also experienced problems and was told off by a White House press officer for laughing at their confusion.

He wrote: “White House press officer just told me off on the phone for laughing when they told me about not knowing British date formats were different.”

Meanwhile, Trump and May walked hand in hand at the White House as they hailed a resurgent Special Relationship – and he insisted Brexit would be “wonderful”, the Daily Mail reported.

The President said he was ‘honoured’ by May’s visit and that relations between the two long-standing allies had never been stronger as the leaders held a press conference at the White House.

May announced that the Queen has invited Trump for a state visit to the UK – and also signalled he had reassured her about America’s commitment to NATO and pledged to continue the working relationship between the two countries.

The Prime Minister also revealed that the President and First Lady have accepted an invitation to make a state visit to the UK later this year.