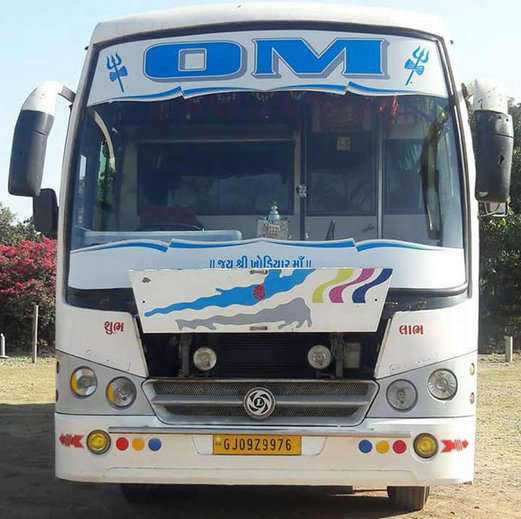 While terrorist attacked on the bus of Amarnath Yatris from South Gujarat, the driver bravely saved the lives of passengers in the bus.

At the time of the terror attack on the bus of Amarnath, Salim Mirza courageously saved the life of other passengers by taking the bus 5 km away from the attacking place.

Salim Mirza told the media that when the bus was passing, suddenly there was a loud sound heard on the way and the side glass of the bus fell apart, while the terrorists were firing indiscriminately, but the driver continued to take the passengers to the safe place.

Salim Mirza has been going Amarnath for the last eight nine years, but for the first time, a painful event has happened with him.

Tour manager Harsh Desai was also injured in the gunfight and was taken for treatment. Harsh Desai told the media that as soon as the attack occured, we came to know that it is Terror attack. There were 25 terrorists in front of bus, but the driver bravely took a fast decision, understanding the situation, without stopping the bus, he took bus 5 km away at the safe place.

Added to this they told media that a terrorist tried to enter in the bus, but the conductor hurled him and threw him off and closed the door of the bus.