Buckle up, as a host of Bollywood actresses will be seen taking on action avatars on the big screen. In fact, many of them are training to perform their stunts in upcoming films. While Disha Patani will engage in high-voltage action in the Salman Khan-starrer “Radhe”, Katrina Kaif is undergoing stunt training for her film […] 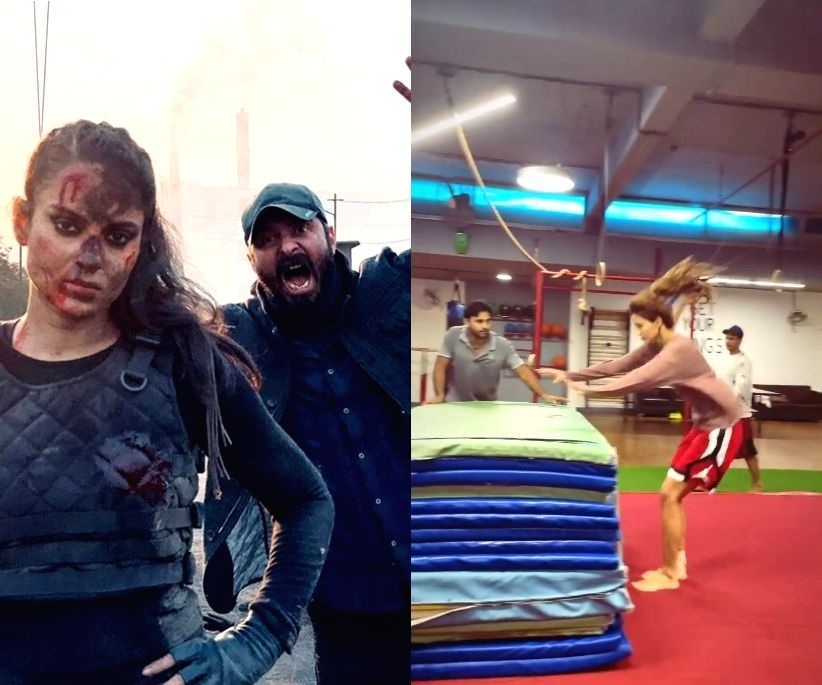 Buckle up, as a host of Bollywood actresses will be seen taking on action avatars on the big screen. In fact, many of them are training to perform their stunts in upcoming films.

While Disha Patani will engage in high-voltage action in the Salman Khan-starrer “Radhe”, Katrina Kaif is undergoing stunt training for her film “Tiger 3”. Deepika Padukone will perform a few big stunts in “Fighter” and “Pathan”, and Kangana Ranaut has promised never-before action in “Dhaakad” and “Tejas”.

A few weeks back, Kangana shared a bruised picture on Instagram from the sets of “Dhakaad” and wrote: “10th night shift non stop action, 14 hours shift night rolled in to morning but our chief @RazyGhai be like tum mujhe khoon do main tumhe aazadi dunga..Well I am all yours ….. bring it on #Dhaakad.”

Action director Allan Amin says that training is essential for all artistes who want to do stunt sequences on their own.

“All of them have to go through training at least for a few weeks so that it looks real. Also, we have all the safety measures on the sets to keep them safe from mishaps,” he says.

Girish Johar, producer and film trade expert, says that while this is a good trend, it requires the producers to be extra careful.

“It all depends on what kind of stunts and what kind of action sequences are there in the film. Having said that, when an actor wants to do these stunts, for the producer, it goes to entail that they have to be sure that the actor doesn’t get hurt and proper precautions of safety have to be taken care of on the set. Certain proactive measures need to be taken. So this does entail a higher budget,” he says.

“Having said that, when actors do their own stunts, it helps the audience get the vibe of the actor while watching the film as close to reality as possible,” he adds.

Here’s a look at the actresses who will engage in action sequences in upcoming films:

Fitness enthusiast Disha shared a video of jaw-dropping stunts that she performs in the Salman Khan-starrer action drama “Radhe” a few weeks back, on Instagram. In the video, she is seen doing backflips, cartwheels, flips and swinging.

Deepika Padukone in “Fighter” and “Pathan”

Deepika shares screen space with Hrithik Roshan for the first time in Siddharth Anand’s upcoming film “Fighter”, and the filmmaker has planned lots of scintillating action sequences for both stars. The actress will also be taking part in elaborate action sequences in “Pathan”, which stars Shah Rukh Khan.

Kangana Ranaut in “Dhaakad” and “Tejas”

Kangana has been posting action stills from the set of “Dhaakad” for a while now, and her fans surely are excited. She also plays the role of an Air Force Fighter Pilot in “Tejas” and put up a video of her climbing a rope wall for the film on Instagram.

As per reports, Katrina is training with a South Korean crew to master stunts for the latest film in the blockbuster “Tiger” franchise starring Salman Khan. She is learning kickboxing and combat skills from experts.