Bollywood's 'Rangila Girl' to start her Political Career in Congress 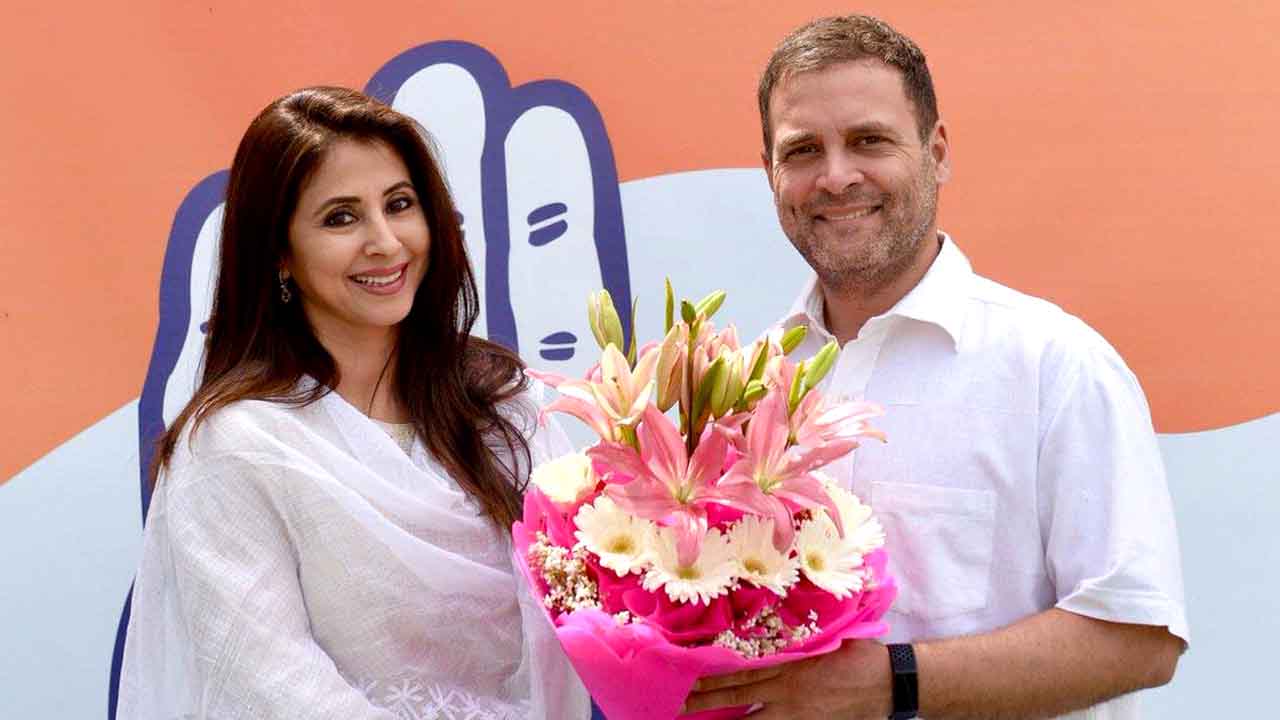 Weeks before the national election, film star Urmila Matondkar joined the Congress today after a meeting with party chief Rahul Gandhi. The Congress made the announcement by tweeting a picture of the actor receiving a bouquet from Rahul Gandhi.

Urmila Matondkar, 45, is expected to be a Congress candidate in Mumbai in the national election next month. The actor said for her, it was a step towards "active politics", given that she had been raised in a family that believed in social awareness and strong political ideals.

"I am taking my first step in active politics. I am from a family that has shaped my political views based on the ideology of Mahatma Gandhi, Jawaharlal Nehru and Sardar Patel. It is another matter that despite being from an academics-oriented family, I joined films. But I had social awareness right from childhood," said the actor, flanked by Mumbai Congress chief Milind Deora and his predecessor Sanjay Nirupam.

Urmila Matondkar was catapulted to fame as a child star in the critically-acclaimed 1983 film "Masoom". Another iconic film that stayed in public memory was the 1995 blockbuster "Rangeela".

"I know when filmstars enter politics, they are expected to pull in voters because of their glamour. I would request you to keep such thoughts away when it comes to me," she said to reporters.

Milind Deora, addressing his first press conference in Delhi after being named Mumbai Congress chief, said: "I have known Urmila-ji for years. She is not just one of India's finest artistes, but someone who is extremely opinionated on issues affecting our society and someone taking the political step for the long run to serve the country through the Congress party."

Mumbai's six Lok Sabha constituencies will vote on April 29 along with 17 others in the fourth phase of polling for the national election from April 11 to May 19.

If nominated in Mumbai North, Urmila Matondkar will face BJP lawmaker Gopal Shetty in the constituency that is seen to be a stronghold of the ruling party.

Bollywood actor Govinda (Ahuja) had earned the title of 'giant-killer' in 2004 when - in a major upset - he defeated former Petroleum Minister Ram Naik of the BJP.