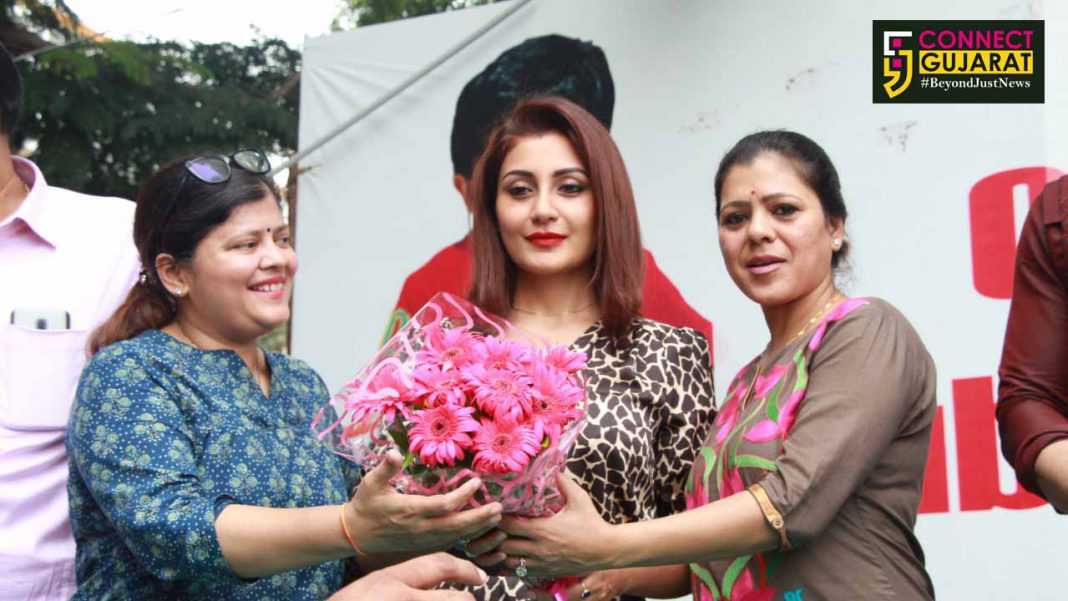 Shake legs on traditional Garba tunes with students of GPS

“I joined BJP earlier and wish to contest elections in future. All political parties are clever so as PM Narendra Modi and Amit Shah as it helps them to run the nation,” said Rimi Sen known for her roles in films like Hulchul, Phir Hera Pheri and many others. Rimi said as a leader she wants to work along with all the parties for the development of the state.

Rimi Sen along with Jackky Bhagnani was in Vadodara at Gujarat Public School for the launching of event calendar of Shreeji Infrastructure and GoCeleb.club. As Navratri is just few days away the celebrities also dance to tunes of Garba along with the students to kick start the event calendar. They are also expected to come during Navratri and shake legs with the Garba enthusiasts.

Talking about the films she said the content of today’s movies are creative and realistic and there is a different audience for such films. The commercial films are also there and both type of films will go accordingly as per their respective audience.

About web series she said it’s safe in comparison to films goes viral before it’s release and much before recover their cost of production. The web series are giving people the theatre like experience at home and create opportunities for actors and also increase employment opportunities in the industry.

Rimi Sen is also a producer and produced a film ‘Budhiyasingh Born to Run’ to give a platform to the runner and create opportunities for him. But however he lost in the negligent behavior of the government. “I am searching for such short stories which educate people and make them sensible. I like realistic films and wish to make such movies which makes an impact in people and society as whole,” said Sen.

About Indian artists performance in Pakistan, the actress said, “Artists don’t have any barriers and art is the collaboration of everything barring religion, caste and culture. They are the Goodwill ambassadors between two countries. However in recent situation between the two countries artists must cooperate with the government and wait for normalcy”.

Finally she showed her interest in join politics and work accordingly with other parties for the development of state. She don’t believe in religion differentiation and like to work with all. She also praised West Bengal CM Mamta Banerjee for her work in the state.