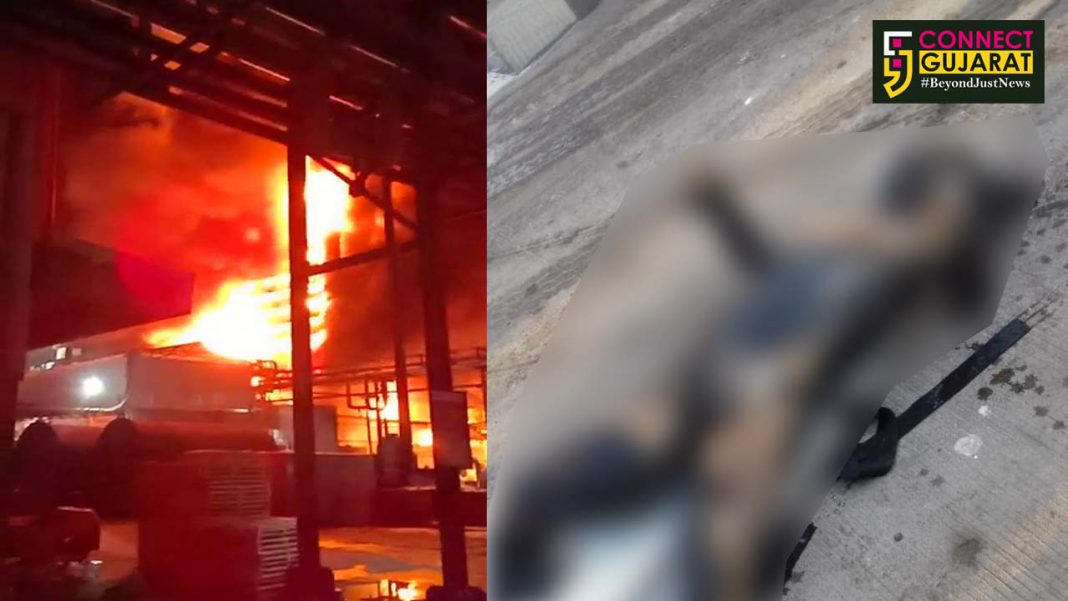 A fire was reported in the Dahej based Meghmani organic company resulting in chaos among the employees working inside. Two persons died in the incident after the bodies of Paraslal Bahadur and Shreyas Mehta was found by the fire brigade during rescue work. Around seven of the injured are shifted to private hospital for treatment.

More than eight fire fighters rushed to the spot after the fire and tried to douse the flames with continuous flow of water. Two bodies are recovered by the fire fighters and seven employees Sanjay Parmar,  Dhaval Bodiya, Dashrath Kayla,  Rajyabhai,  Raj Marwaniya and others injured are shifted to Bharuch and Baroda private hospitals with 80% burns for treatment.

Family members of Shreyas Mehta are running towards various hospitals as his phone was unreachable after the fire incident. After his body was found a pall of gloom spread in the Sarvoday Housing society and his friends. The family members demand action against the company officials.

However the SDM is yet to receive the report of the incident and said to be able to reveal the details after getting it.