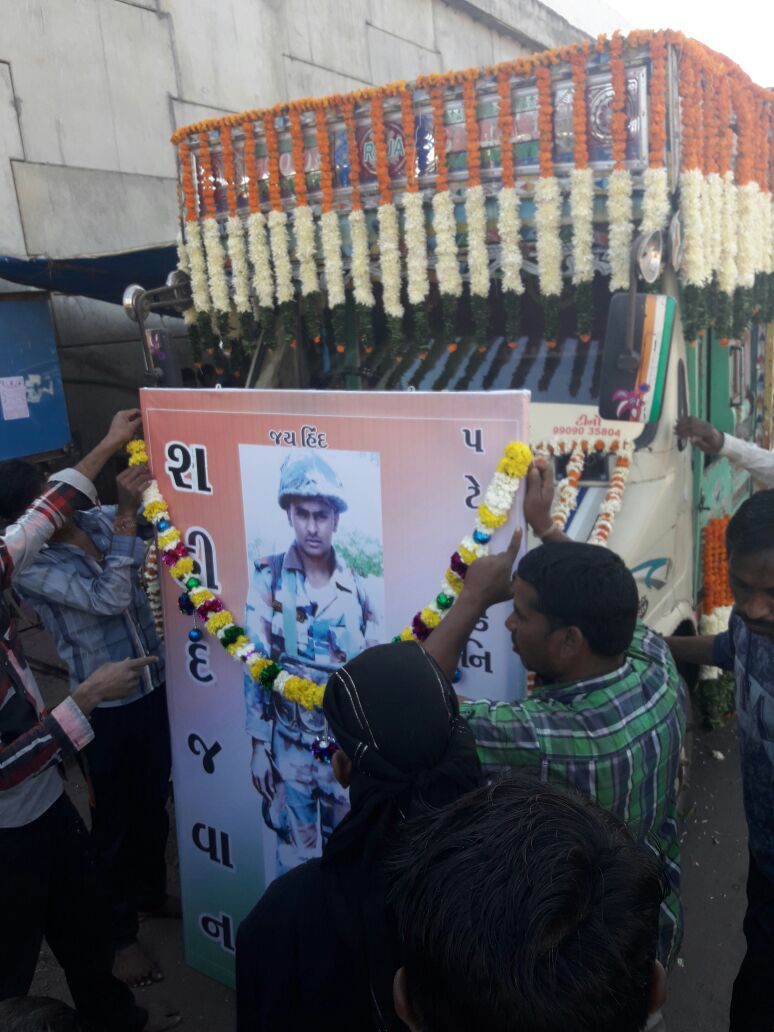 Panchmahal district administration is fully prepared to honour the martyr soldier Sunil Patel from Orwada village after he died in a avalanche.

Two villages there kept total shutdown in the honour of the soldier and also make a stage for the last darshan. In case the body arrives late the police department also made arrangements for a Air-conditioned coffin box to kept the body for night. After the news of his death reached to his village there was a gloom all over as his family is known as the soldiers family as six of his family members are with Army. The efforts are made to bring his body back to his native place and is expected to reach Baroda in the evening and from there it will be taken to Godhra by helicopter. Two villages Orwada and Santrod observed total shutdown in honour of the martyr soldier and also preparation is complete for a procession inside the village. A stage is made for the last darshan of the soldier inside his village. The posters of the soldiers are seen on roads and the local administration made special arrangements if the body arrives late. The body of late soldier Sunil Patel is expected to arrive late evening at Daruniya Helipad at Godhra from Baroda where he will be given a guard of honour by the police and local administration. Minister Jaydrathsinh Parmar is expected to remain present there. In case the body arrives late the administration kept a A.C. coffin box to keep the body.