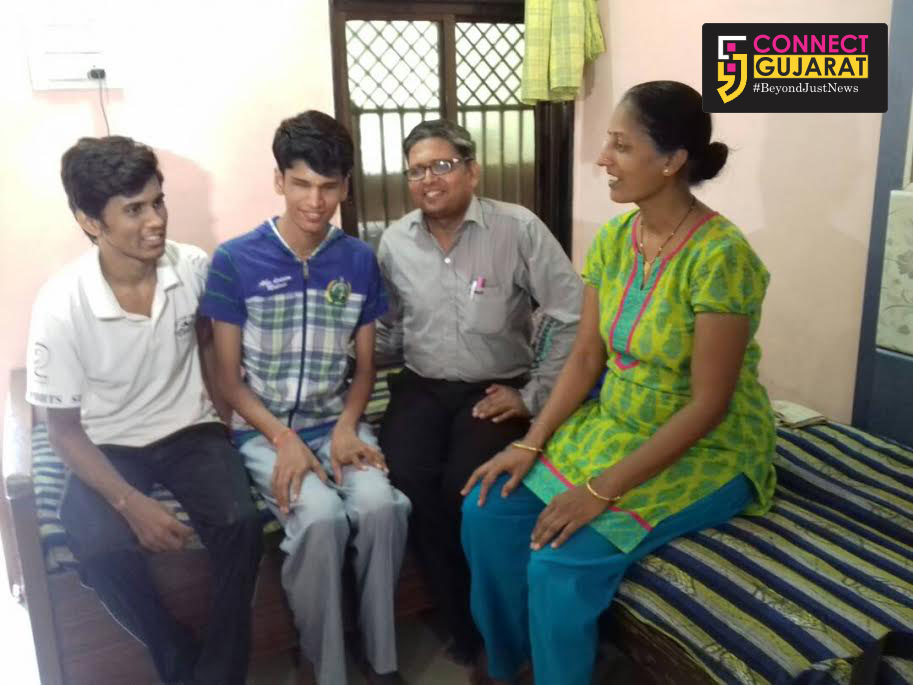 “I wish to have same parents in my every life and they are my eyes,” said Naman Shah who passed his 12th general stream exams with 99 percentile. Naman gives credit to his parents who helps him in the board exams and he passed the exams with good percentage of marks.

Residing in Bhavna nagar society on Subhanpura New IPCL road Naman Shah is the only son of Vijay Shah and Ushma Shah and studying in Utkarsh Vidyalaya.

He was so excited after getting good marks and now he wants to do graduation with English as main subject. He wants to become a lawyer in future like his mother who left her practice for him. Naman said that he wants to become advocate just to fulfill his parents wish. Moreover Naman is a multitalented boy as he has Interest in music and doing Visharad in Vocal. He also came second runner up in the blind car rally organised in the month of April this year.

Naman came first in the writing competition for the last three years in trot and also runner up in the state level blind chess tournament. His father Vijay Shah said that his son is blind since birth and they tried a lot to restore his vision but failed. He said that they are ready to give their eyes to Naman so that he can able to see the world. Naman’s parents said that they want to raise their child like normal kid and for that they never tried for the second child. They said their relatives and friends all pressurised them to have second child but we denied as if they have second child then they might not concentrate or care about Naman. For them Naman is their world and they live their life along with their son happily.