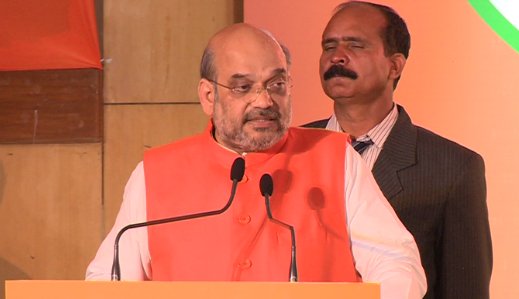 BJP President Amit Shah on Saturday said if his party returned to power in Uttar Pradesh, it will seek the opinion of the state’s Muslim women on the triple ‘talaq’ issue and approach the Supreme Court accordingly.

“If voted to power, the Bharatiya Janata Party (BJP) will seek the opinion of Muslim women in Uttar Pradesh on the triple ‘talaq’ issue, which is going on in the Supreme Court,” Shah said while releasing his party’s manifesto for the assembly polls.

The state elections will be held in seven phases from February 11 to March 8.

“And on the basis of that opinion, the BJP government in the state will then approach the Supreme Court,” Shah added.