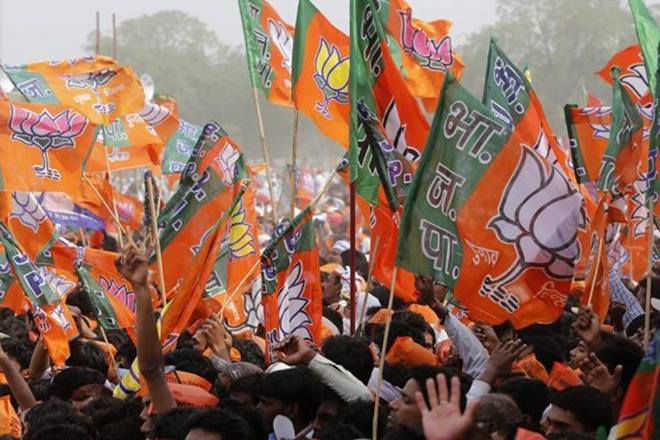 The BJP appeared set for a massive victory in the Uttar Pradesh civic polls with the saffron party candidates winning or leading in 14 out of the 16 mayoral seats, including the prestigious Ayodhya and Varanasi.

Chief Minister Yogi Adityanath, who led the party's campaign, said that rival Congress was humbled even in the Gandhi family bastion of Amethi and the BJP will now aim for hundred per cent success in the 2019 Lok Sabha polls.

In Saharanpur too the BJP candidate Madan Walia edged past his BSP rival Fazlurehman by a margin of 2,000 votes. Walia got 1,21,201 votes while Fazlurehman secured 1,19,201.

Chief Minister Adityanath who undertook a whirl-wind tour of the state to ensure the victory of his party's candidates, described the outcome as a "historic win".

Adityanath said the BJP will now look forward to achieving the goal of one hundred per cent success in the 2019 Lok Sabha polls.

He also pointed out that the Congress had been wiped out even in its Amethi stronghold.

A major blow was dealt to the Congress, particularly Rahul Gandhi, as reports from the UP civic polls confirmed a massive win for the BJP in Amethi, a traditional Congress bastion.

From Gauriganj, SP's Rajpati Devi won by defeating her nearest rival BSP nominee Tara Devi by a margin of 1,395 votes, while in Jais BJP's Mahesh Sonkar was leading.

Union Information and Broadcasting minister Smriti Irani has also made several visits to the Amethi constituency.