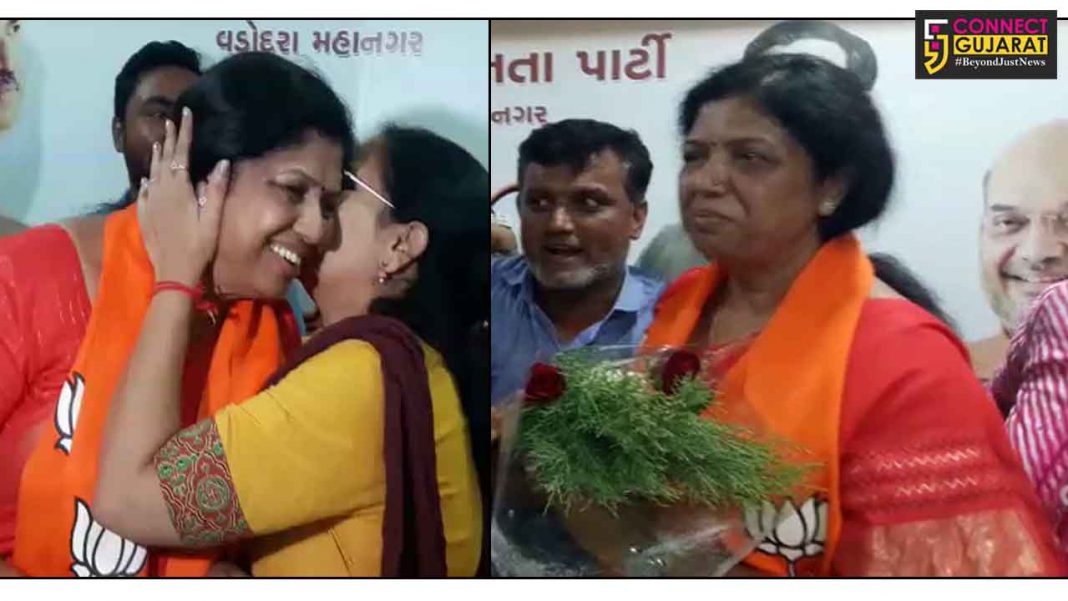 BJP repeats running MP and party president Ranjan Bhatt on the Vadodara Loksabha seat. Supporters turned up at her residence and party office to congratulate and offered distribute sweets. Late evening on Saturday the list of candidates on various seats of Gujarat was declared where Bhatt was given the ticket.

After the declaration jubilant Ranjan Bhatt thanked the party to put their trust on her and assure of record win this time. She thanked PM Narendra Modi, Gujarat CM Vijay Rupani, Deputy CM Nitin Patel, MLA’s of Vadodara, Savli and Waghodia, parliamentary board, BJP leaders and members for their suppprt. She assured voters will put their trust once again on her.

In 2014 PM Narendra Modi won with record margin from Vadodara and later resign and kept the Varanasi seat. Later in the by elections Ranjan Bhatt beat the Congress candidate Narendra Rawat with more than three lakhs votes. Now once again party put their trust and chose her for the Vadodara seat.

Late evening candidates for 15 seats in Gujarat was declared barring Chhotaudepur seat. Present MP Ramsinh Rathwa elected for last two terms but this time there is lots of anger seen against him. With no declaration for the seat there is a buzz in the district BJP about other candidate getting a chance.