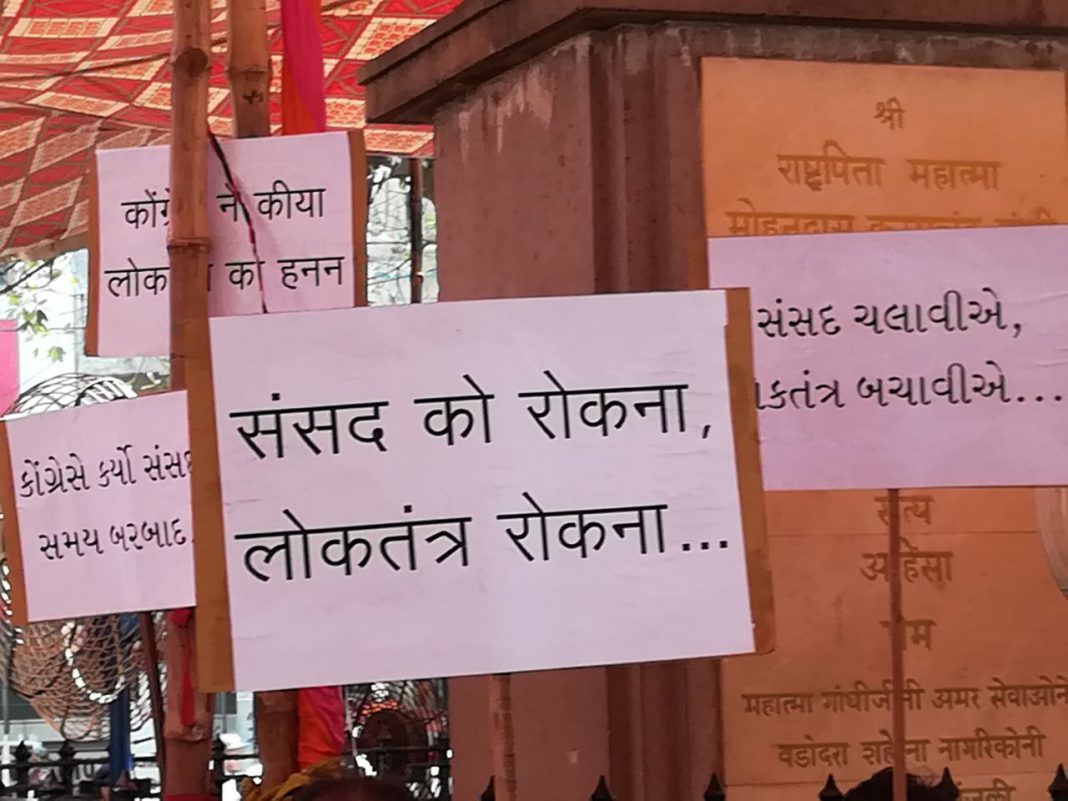 Bhartiya Janta Party observe one day token strike all across the country in protest against the opposition obstructing the Parliament session. In Vadodara Gujarat BJP President Jitu Vaghani, MP Ranjan Bhatt along with other leaders and members sit on strike near Gandhinagar Nagar Gruh on Thursday. However the BJP covers the Mahatma Gandhi statue which creates controversy at the place. 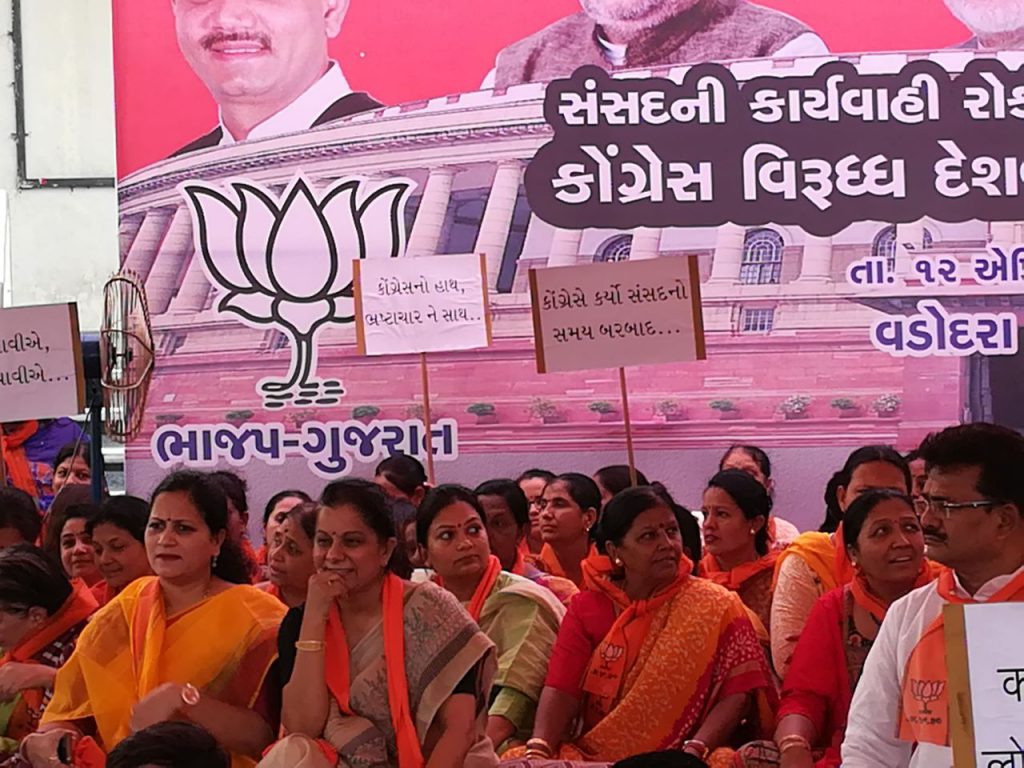 As per the details the BJP is protesting against the opposition for not allowing the Parliament session to run and sit on one day strike all across the country. In Vadodara also the BJP leaders and members sit in front of the Gandhinagar Gruh since morning. However they covered the statue of Mahatma Gandhi at the place insulting the Father of Nation and that starts a controversy there.

MP and BJP Vadodara city president Ranjan Bhatt said the opposition obstruct the Parliament and don’t allow the session to run which is undemocratic. Due to this the country faces a big loss as many important issues are not discussed. Now they have decided to go to the people with their development schemes and also bring the opposition in open don’t allowed the Parliament to run. 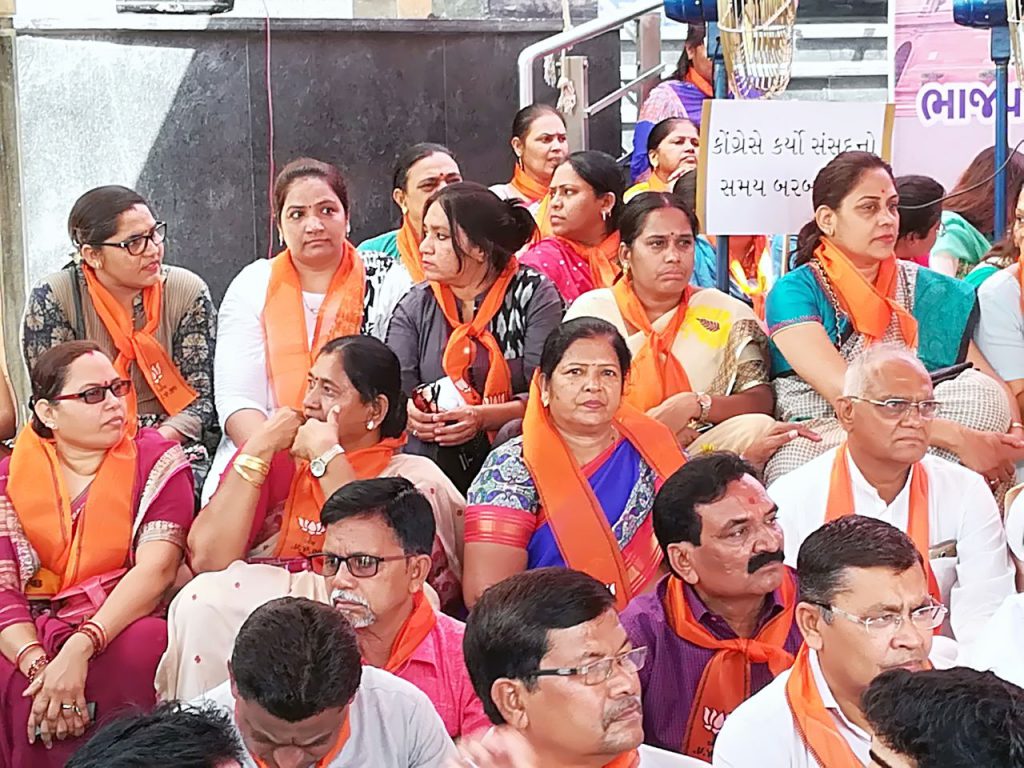 In reply Congress President Prashant Patel said this is for the first time in history that the ruling party sits on fast in protest against the opposition. The entire thing is mere gimmick and is to hide their failure. He further said that BJP can do everything for their benefit and the one who covers the statue of Mahatma Gandhi to get shade shows their mind set. They shall be ashamed of themselves to sit on fast against the opposition.

BJP President Jitu Vaghani said Prime Minsiter Narendra Modi appealed every MP’s to fast in their parliamentary area against the opposition. In Vadodara based on the same Vadodara MP Ranjan Bhatt sit on fast along with the other leaders and members and he also remain present here. 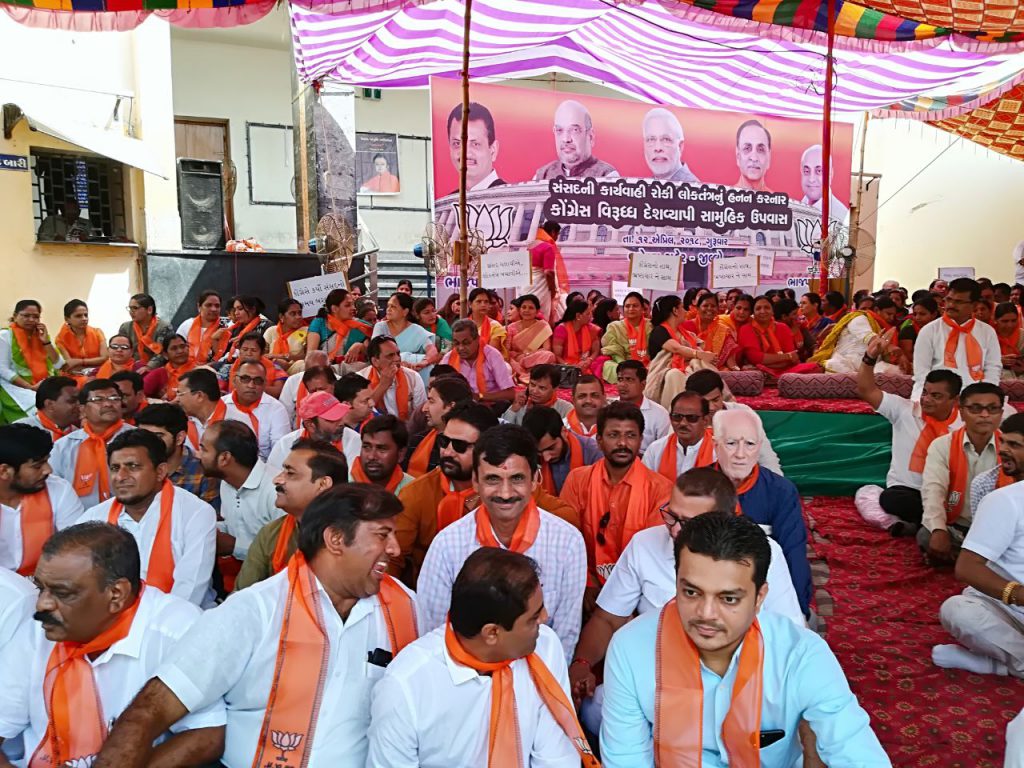 He further said that the opposition killed democracy after they obstruct the Parliament session and not allow it to run. With this protest they bring the original face of the opposition and goes to every household with the message.