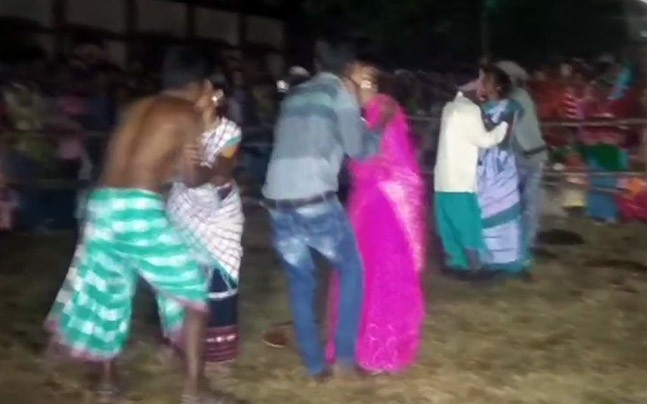 Murmu, who hails from Santhal Pargana region, said that there is no such tradition of 'kissing' among the Santhal tribes. He said that events like these are a "blot" on society.

"We appeal to the state Assembly Speaker to suspend Simon Marandi from membership of the Assembly. The Santhal tribes do not touch each other's hands while extending their greetings. In Santhal, tribals greet by saying 'Dobo Johar' in which the people place their closed fist on their forehead as part of greetings," Murmu told reporters.

The BJP leader also questioned the name of the event. He said that the event was organised in the name of freedom fighters Siddo-Kanhhu despite the fact that the day did not coincide with the birth or death anniversary of "martyrs".

The district administration of Pakur district has started probe into the incident.

Marandi on Saturday night organised a kissing competition of tribal couples at Talpahari village situated under his assembly constituency Littipara.

Three tribal couples were awarded after the competition.

The JMM lawmaker told reporters on Monday, "the kissing competition was organised to promote love and modernisation. Tribal people are hesitant. The hesitation of tribal couple will end by kissing openly in the competition".