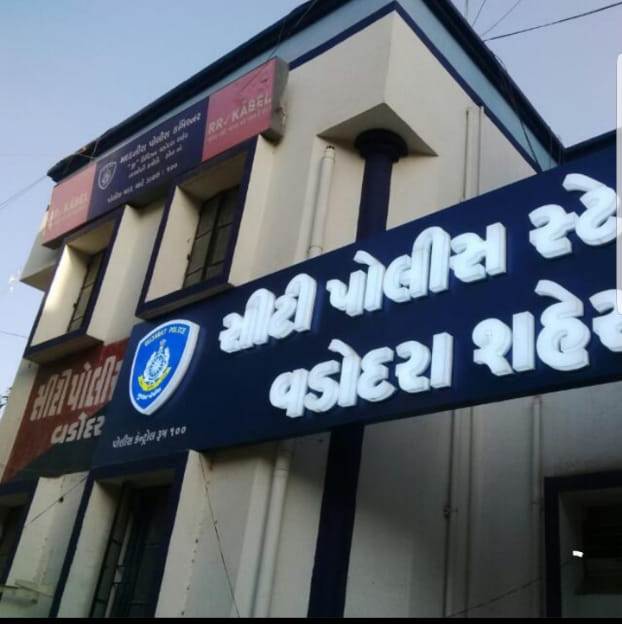 BJP councillor of Ward No 14 in Vadodara Chandrakant Thakkar gives a written complaint in city police station after an unknown person threaten him of life. The person asked him to stay away from Dinesh Rana or else he will finish him.

Three days ago Thakkar and Dinesh Rana had a heated argument over vacating the place inside the Shiva temple in the lane of Vijay Vallabh hospital behind Mandvi Nazarbaug. Rana runs a ration shop there and both he and Thakkar has frequent discussions over the matter. Rana also gives a complaint in this regard in city police station after both engaged in pushing each other.

On Monday Chandrakant Thakkar gives a written complaint in the police station mentioning a unknown person for threatening him for life. In his complaint he mentioned about getting a call from unknown number when he was attending a Bhajan programme at Sanyas Ashram near his home. He first denied but later comes out after the caller threaten him about interfering in the matter of Dinesh Rana.

Thakkar came out with Dharmesh Maachi and Bipin Valand and saw a person having beard standing there with mobile in his hand wearing a chain and black shirt. He approached Thakkar and asked him not to interfere  in the matter of Dinesh Rana selling Kerosene from his shop.

Further in the complaint Thakkar mentioned that the unknown person then threaten him for life as he was about to enter the temple again. Thakkar complained the matter to the city police station and demand investigation in the matter.