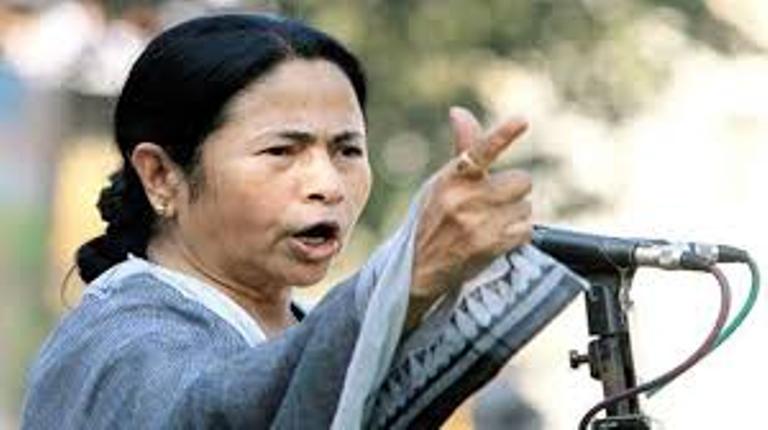 The Bharatiya Janata Party (BJP) on Monday hit back at West Bengal Chief Minister Mamata Banerjee for her criticism of the demonetisation move, describing her as "Queen of Saradha", referring to the multi-crore rupee Saradha chit fund scam.

"The West Bengal Chief Minister is working very hard to rally the opposition against the BJP, but whether the Queen of Saradha would succeed in it or not, only time will tell," BJP spokesman Sidharth Nath Singh said here.

Banerjee has called upon opposition parties to unite against the Narendra Modi government on the demonetisation of Rs 500 and Rs 1,000 currency notes "in the greater interest of the nation" and said she has no problem in working with arch rival Communist Party of India-Marxist (CPI-M).

Singh said the Trinamool Congress (TMC) supremo was only a "mirror image" of the Left.

"The guns used in the Gulshan bakery attack in Dhaka have been found to be manufactured in Malda, according to a NIA report," he said.

He said the BJP was not worried as it was "standing with the truth".

The BJP leader also attacked the Congress and raked up the Commonwealth Games (CWG) scam.

The 2010 Games were held when the Congress was in power in Delhi as well as at the Centre, and Congress leader Suresh Kalmadi was appointed the chairman of the organising committee.

"It has emerged that Suresh Kalmadi was appointed chairman of the organising committee of CWG by flouting rules. The then Prime Minister Manmohan Singh appointed Kalmadi through a Group of Ministers, skirting around the rules,"