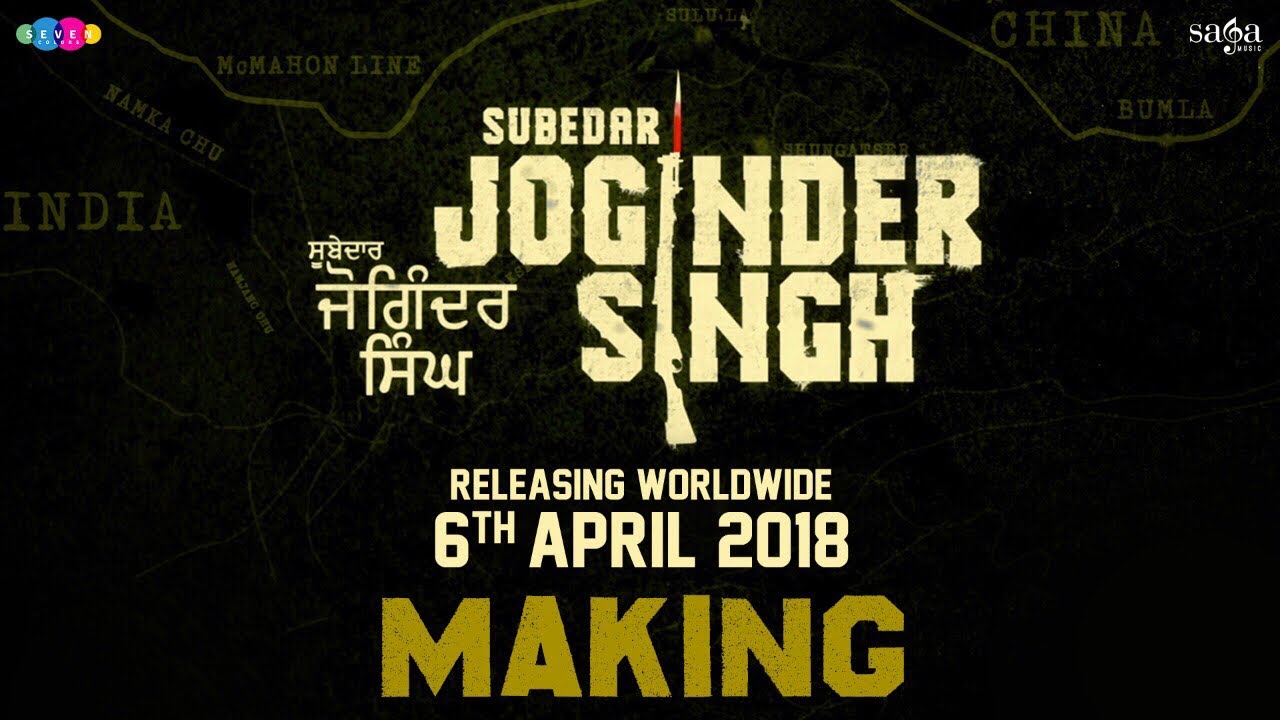 In the era of commercially viable films biopic of PVC recipient Subedar Joginder Singh will prove to be a change of pace of Punjabi cinema.

The film inspired from the life of Subedar Joginder Singh is all set to bring this man synonymous to courage and is an epitome of self-sacrifice and extraordinary bravery, back to life. The makers have delved into the history to bring out the events and incidents of his life, most authentically.

As far as the locations chosen for shooting is concerned it has been shot in extreme weather conditions of Suratgarh, where the mercury soared to a melting level, and filmed in bone-chilling climate of Drass, Kargil where the temperature drops below freezing point.

Sino-Indian War 1962 happens to be a painful, yet, a proud remembrance for Indians owing to the extraordinary courage and valor of the Indian soldiers. It takes us back to the time when our nation had just freed itself from the shackles of British rule, and got split into India and Pakistan.

The nation was still healing from the past wounds, that on October 20, 1962, India was attacked by China, which India never expected. The belief of ‘never being attacked by China’, due to the long friendly ties between 2 countries in the past, didn’t allow India to prepare for this war.

Consequently, this imposed an unprecedented situation of war between India and China, when the latter launched a vast attack from Aksai-Chin to Arunachal Pradesh simultaneously. In response to this sudden and unexpected attack, the brave Indian soldiers carried out their duties as strong retaliation against enemies.

Within this situation, Sikh Regiment 1 of the Indian Army was guarding the border of Tawang sector at Tongpen La, IB Ridge, Bum La against numerous Chinese enemies. Though, the Chinese being heavily outnumbered, Subedar Joginder Singh, the commander of 11th platoon of Delta Company, kept the morale of his men boosted.

The Sikh soldiers stood strong against the Chinese attacks. The number of Sikh soldiers being substantially depleted by each wave of enemy attack, having being run out of ammunition, Subedar Joginder Singh, himself being shot in the thigh, didn’t make him and his men leave the battle field and continued killing the enemies. All through this, Subedar Joginder Singh displayed his love for motherland and an unforgettable devotion towards his duty.

Behind the scenes footage released by the makers is sending shivers down everyone’s spine for obvious reasons. Biting cold temperature, trekking across rough and bumpy terrains, turbulent winds in Drass-Kargil on one hand, and uninterrupted working in the scorching and sultry weather of Suratgarh, Rajasthan on the other, didn’t stop the crew from doing their bit to make this film possible.

This much anticipated biopic of the Param Vir Chakra recipient ‘Subedar Joginder Singh’ is all set to release on the 6th of April, 2018 worldwide.