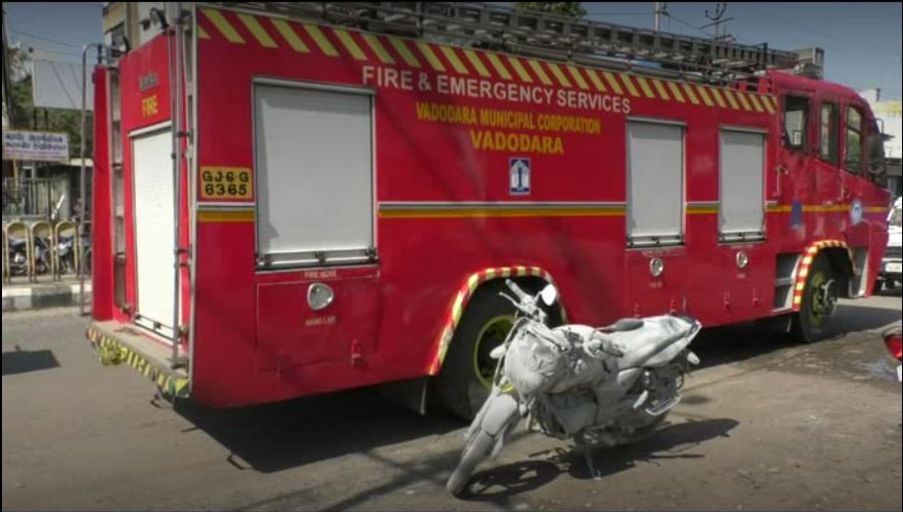 It’s like a scene straight from the bollywood movie when a bike caught fire at the petrol pump while refiling fuel. The spark in one of the two wheeler caused fire and it spread to the other bike standing behind it. The modified two wheeler is said to be the main reason for the fire. 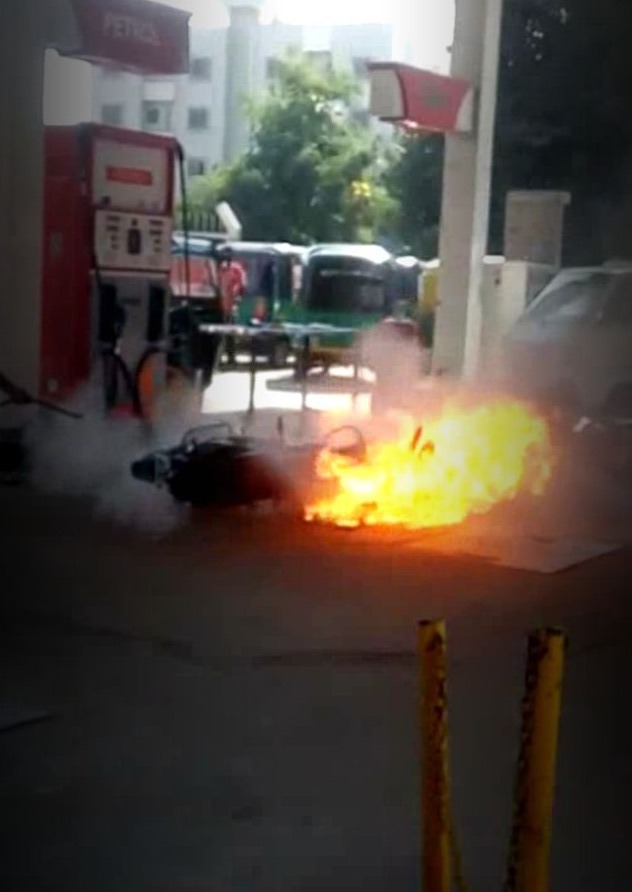 It was a mid afternoon and people were busy refueling their vehicles at the Essar petrol pump at Pratapnagar area of Vadodara. Everything was smoothly running when suddenly a spark from a modified two wheeler caused a fire and engulfed the bike standing behind. 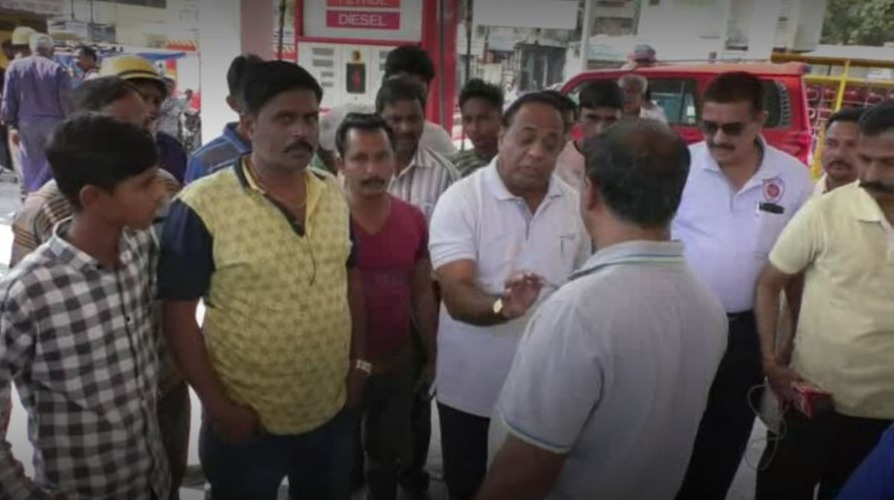 It’s a horrific scene as people rushed outside the petrol pump to save themselves. The on duty petrol pump attendants rushed to the spot with fire extinguishers and control the fire before it spread to the petrol pumps. 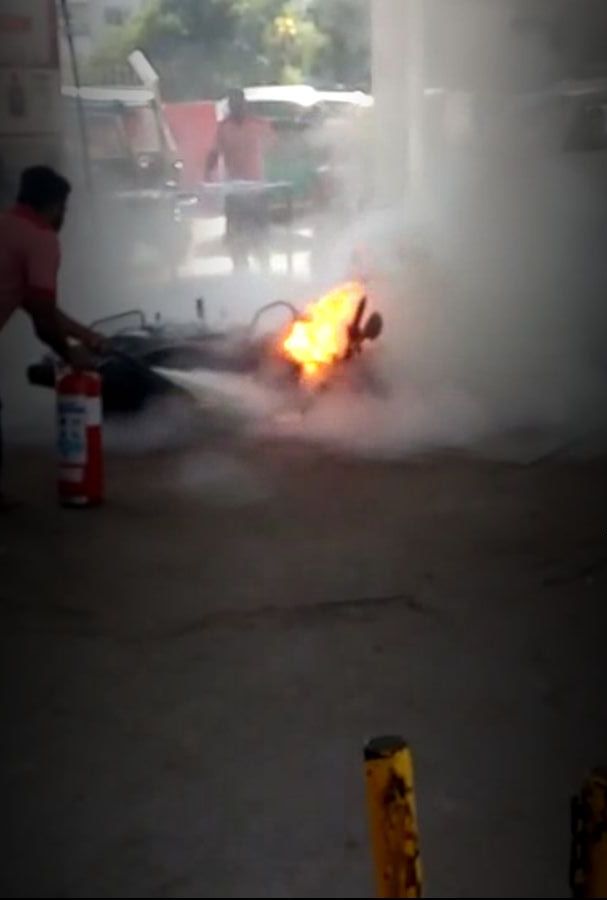 Fire brigade was rushed to spot after the message and control the fire and situation there. During initial investigation the fire brigade found the spark caused due to the modification in a electrical circuit in two wheeler and spread to the bike standing behind. The bike rider Vikas Singh injured himself after he tried to escape. 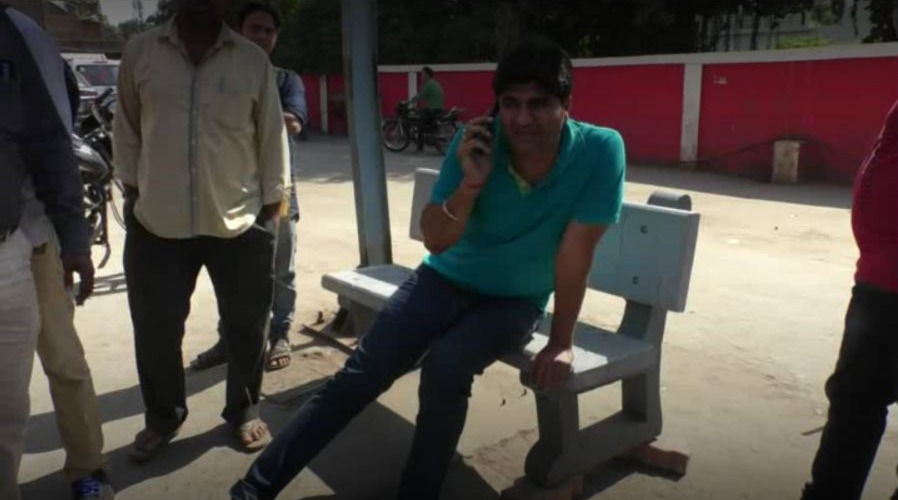 This incident however is a lesson to the bikers who tried to make their impression by doing modifications in their bikes and two wheelers which ultimately ends in such a horrific incident. It a sigh of relief as no life lost was there due to the fire in a bike at petrol pump.