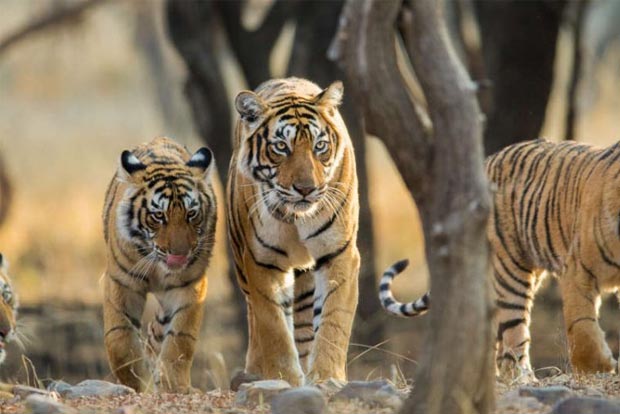 After seeing the increasing number of tigers in Valmiki Tiger Reserve (VTR) the Bihar government has initiated to develop second tiger reserve in Kaimur forests.

According to senior forest officers, VTR is spread across almost 900 sq km and now is home to 31 tigers as per the latest reports.

Apart from the tigers, the VTR is also home to leopards, bears, deer, foxes, jackals, wild dogs and many other animals. VTR is approaching saturation point as the number of animals are constantly increasing.

Forest officers said that the first initiative to develop Kaimur into a second tiger reserve was made after several tigers and their pug marks were spotted in the area. The number of pug marks are being counted and then the proposal will be sent to the National Tiger Conservation Authority (NTCA).

Forest Division Officer of Kaimur Vikas Ahlawat  said IANS that the process to protect other animals in the area has been taken into action and the forest is under surveillance.

He claimed that as the other animals started coming in the reserve, the tigers will also come. A senior official of Department of Environment, Forest and Climate Change said Kaimur forest area is spread across double the area of VTR.