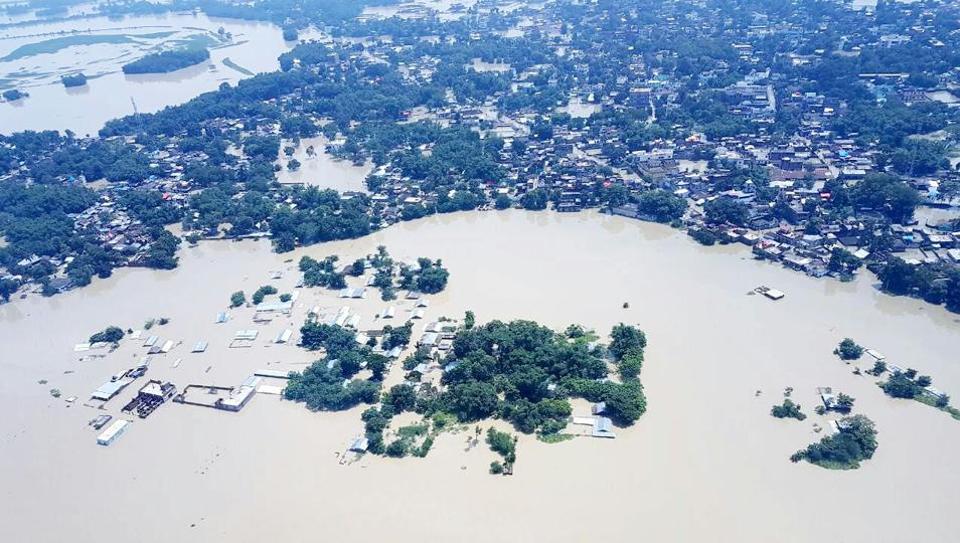 Heavy rains in the country creates havoc in many states this year and lakhs of people are affected. One of the worst affected is Bihar where large scale devastation is seen and till date 119 people lost their lives.

The 15 districts of the state are in the grip of flood, which have directly affected 93 lakh people. Rainfall is also expected in the coming weeks. Apart from Bihar, there have been 36 deaths in UP and 49 in Assam.