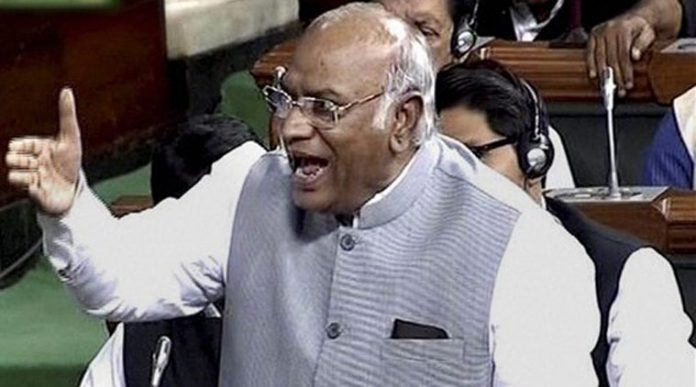 Contending that passing the Union budget was “not inevitable”, Congress leader Mallikarjun Kharge on Wednesday said not adjourning the Parliament following the death of former Union Minister E. Ahamed, will be a big mistake.

Speaking to the media the Leader of Opposition in Lok Sabha, also slammed the Narendra Modi government for not promptly announcing Ahamed’s death who passed away at 2:15 a.m. on Wednesday.

“We have discussed with several parties and all believe that the budget presentation should be postponed by a day in honour of Ahamed,” Kharge said.

“It will be big mistake if we don’t respect his death and break this precedent of not adjourning the house in case of a death of a sitting member,” he added.

“At this moment, presenting the budget is not inevitable. Had today (Wednesday) been March 31, then the case would have been different.”

“Postponing the budget by a day will not incur losses. The government has already advanced the budget and now they are not willing to accept a precedent. This is very wrong,” he said.

The Congress leader also said that it was “inhuman” on the part of the government to delay announcing the death of the Indian Union Muslim League (IUML) MP from Kerala.

“The government had information of Ahamed’s death and could have taken a decision of postponing the budget immediately after the death. But they did not. All this was done just in order to present the budget,” added Kharge.