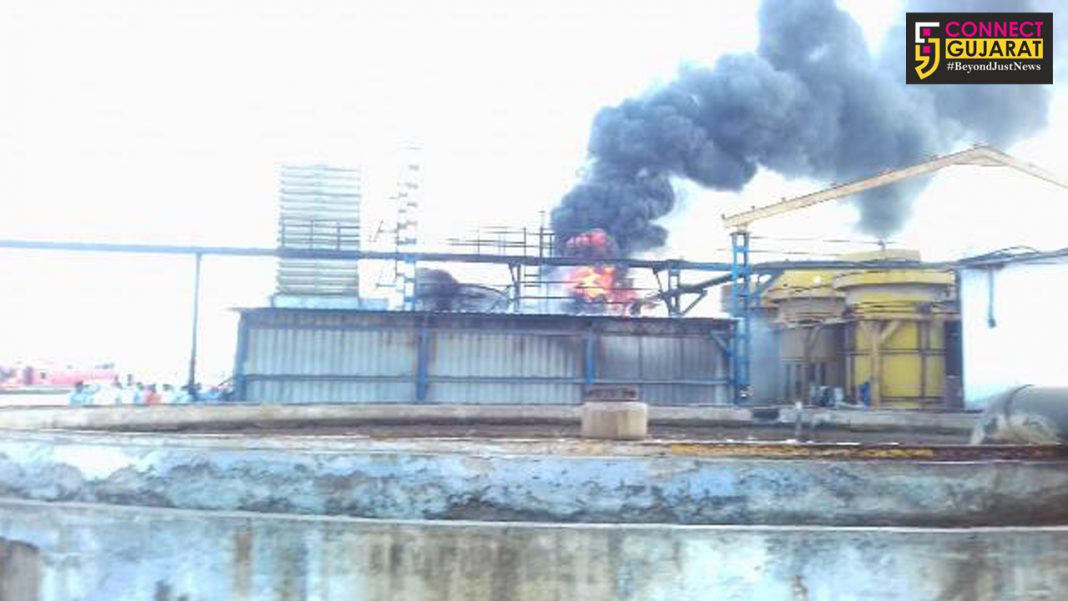 As the whole city is celebrating the festival of colours Nandesari GIDC wakes up with sirens of fire engines and emergency alarms. A big fire was reported inside water treatment plant near the Chlorine tanks due to short circuit. As the thick black smoke spreads the villagers rushed to the spot for help.

Nandesari fire brigade also rushed to spot and control the fire with continuous flow of water. They had a sigh of relief as no one was reported to be injured in the blaze. The loss was not immediately known but the fire reported to be affected the Chlorine tanks.