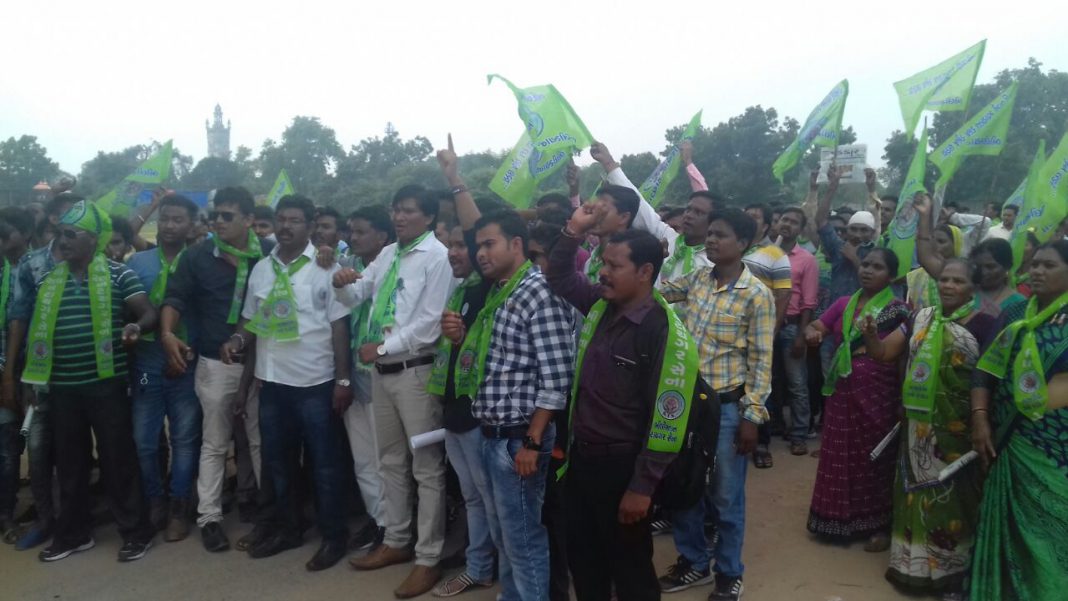 On Ganesh Visarjan two groups fight over some matter in Vadodara where one tribal youth was injured. Based on the same matter the Bhilistan Sena on Thursday took out a rally accusing the police for one sided investigation and give a memorandum to the Vadodara collector.

As per the available details on Ganesh Visarjan day Rajput youths and Tribal Yuvak Mandal clashed for some matter during visrajan at Ajwa road area. In the fight one Tribal youth was injured and Bapod police rushed to the spot after received the message.

However the Bhilistan Sena put allegations that the police only heard the one side and not listen to the tribal youth. They also accused that the youth was also commented on his caste and the police tried to shield the Rajput youths.

On Thursday the Bhilistan Tiger Sena took out a rally in the city and accused the police for partiality. They demand for action against the police for their one sided investigation and give a memorandum to the collector in this regard. They also threaten to agitate against the state government and on the day of PM Narendra Modi visit in the whole tribal area if their demands were not met in coming days.